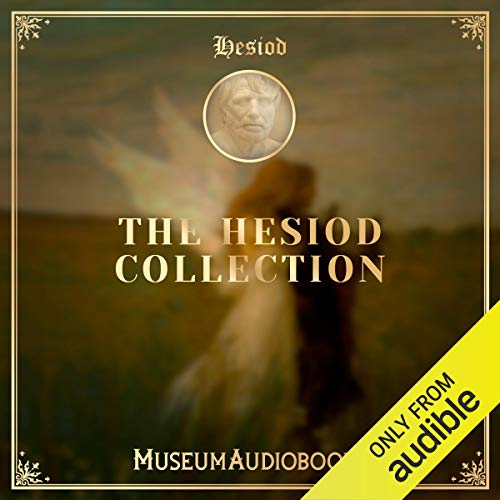 The ancient Greek poet Hesiod lived around the same time as Homer. He is considered to be an economist and also wrote works on mythology, ancient time-keeping, and farming techniques. The Hesiod Collection includes The Shield of Heracles, Theogony (the origins and genealogies of the Greek gods), and Works and Days (a farmer’s almanac in which Hesiod instructs his brother Perses in the art of agriculture).

Museum Audiobooks strives to present audiobook versions of authentic, unabridged historical texts from prior eras which contain a variety of points of view. The texts do not represent the views or opinions of Museum Audiobooks, and in certain cases may contain perspectives or language that is objectionable to the modern listener.

Hesiod and Homer are the two essential texts of the ancient Greek world. This is the complete Hesiod text, so that alone makes it worth having; however, this narration is poor. You can actually hear her mispronounce, get corrected by ANOTHER person off stage, then say the correct pronunciation. This makes it very difficult and frustrating to follow.

Really cool read for greek mythology...
Gives you lots of detail!!
Very fun to listen to, and the narrators voice goes well for the book.