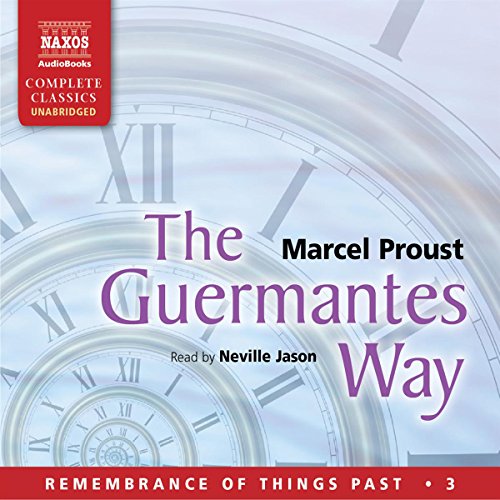 Remembrance of Things Past is one of the monuments of 20th-century literature. Neville Jason’s widely praised abridged version has rightly become an audiobook landmark and now, upon numerous requests, he is recording the whole work unabridged which, when complete, will run for some 140 hours.

The Guermantes Way is the third of seven volumes. The narrator penetrates the inner sanctum of Paris high society and falls in love with the fascinating Duchesse de Guermantes. Proust describes vividly the struggles for political, social, and sexual supremacy played out beneath a veneer of elegant manners. He also finds himself pursued by the predatory Baron de Charlus.