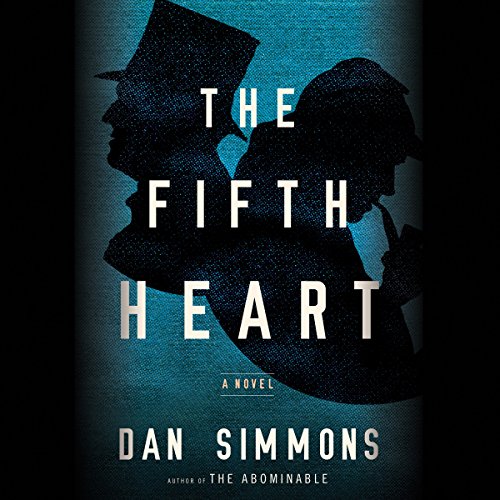 In 1893 Sherlock Holmes and Henry James come to America together to solve the mystery of the 1885 death of Clover Adams, wife of the esteemed historian Henry Adams--a member of the Adams family that has given the United States two presidents. Clover's suicide appears to be more than it at first seemed; the suspected foul play may involve matters of national importance.

Holmes is currently on his great hiatus--his three-year absence after Reichenbach Falls, during which time the people of London believe him to be deceased. Holmes has faked his own death because through his powers of ratiocination, the great detective has come to the conclusion that he is a fictional character.

This leads to serious complications for James, for if his esteemed fellow investigator is merely a work of fiction, what does that make him? And what can the master storyteller do to fight against the sinister power--possibly named Moriarty--that may or may not be controlling them from the shadows?

An Abundance of Patience

The concept for this novel is brilliant. The writing is magnificent. The story is engaging, but . . . readers need to settle in and be prepared for details, details, details. If you like Dickens, you might enjoy The Fifth Heart. It is rich in atmosphere and characters but it is a bit of a slog to get through. If you are prepared for that, it is an intriguing novel, worth the commitment to it. Just know what you are getting in to first.

Who Wrote 'the Fifth Heart?'

The Fifth Heart is both a rollicking historical mystery-adventure and a metaphysical meditation on each man's quest to give meaning to his life. Ultimately, it is yet another finely crafted Dan Simmons tale that will keep you up late at night and bleary eyed during the day, index finger itching for that moment it can finally hit the 'play' button.

Simmons' story, in which the unlikely duo of author Henry James and Sherlock Holmes team up to save the world from a plot that will plunge it into anarchy and war, is particularly well suited to this audible medium. While listening, I sometimes suspected Simmons intention was to write a great audiobook, then remembered that during the late Victorian era the story depicts, pot-boiler stories like this were meant to be read aloud of an evening.

This is an extraordinary production; even the narration is masterful. In other works, I have sometimes found David Pittu's narrative style too theatrical. The stylized and sometimes melodramatic The Fifth Heart showcases Pittu's great and myriad talents as a voice actor.

While other reviewers are not satisfied with the resolution of the many mysteries contained within The Fifth Heart, I am. Well, for the most part. The unresolved mystery is this; which melodramatic and self interjecting doctor wrote The Fifth Heart- Watson or Doyle?

If you're still with me, do yourself a favor: scroll up the page, click 'add to cart' and stick with it until they are aboard the ship.

It always amazes me when I read the reviews of books I am thinking of buying at audible.com. It makes it very hard to decide whether to buy it or not. The same book receives 5 stars outstanding from one listener and a 2 star very poor from another. The author of The Fifth Heart took on a daunting task with a book requiring credible dialogue amongst a host of historical and fictional characters. I applaud Dan Simmons' attempt, but it would take a scholar of outstanding achievement and understanding of the historical characters as well as a master story teller of Sir Conan Doyle's caliber to get the chemistry on this plot right. Taking into account the difficulty of the endeavour I listened to the whole book despite reservations. For examples of authors who get the fictional/historical character dialogue right check out Max Allan Collins' True Crime series and Neal Stephenson's Cryptonomicon or Baroque Cycle. The premise of The Fifth Heart is fun and promising so go ahead and enjoy (with reservations.)

I am a big Dan Simmons fan and I gotta say this was a different book from his others. But though parts were slower than his usual breakneck adventures, he is still the master of historical information and literature and unlikely adventure.
This book features one of my favorite fictional characters (Sherlock Holmes) with a real author (Henry James) who I've never actually read. Of course now I'm going to find some James literature to check out.
It's quite a mystery and some exciting escapades. it's a bit slow in parts but very interesting nonetheless. I feel like I know a lot more about 1893 than I did before. I also quite enjoyed meeting one of my favorites, Samuel Clemens.

This book is in the same vein as "Drood" which was a superb story. Although I appreciate the craftmanship done by the author, the story is much less engaging and enjoyable. However, the narrator David Pittu is astonishing. I kept listening much thanks to his ability to consistently voice the characters brilliantly.

First time author, attended a book signing where the author was promoting this book. It sounded interesting so decided to give it a shot. The setting was Henry James and Sherlock Holmes traveling to the United States to help solve a murder. The most significant part of the story is the setting in 1893 United States and some of the characters were important in this time. It gave a good look at life during that time. The mystery wasn't so great and the book really drug on. I read a review after I purchased it where it said you have to slog through the book, that it drags out. I agree.

Convoluted dialogue and plot. There are too many digressions into historical narrative. Suitable for American history buffs but not for a mystery buff.

Overwrought and over written, could have been cut by 40 chapters. The actual "mystery" was slim, a faulty of focusing on historical figures whose stories and lives are generally well known. Mostly, it reads like too frequent visits to Wikipedia. This was a most disappointing read.

Love DS' supernatural historical fic. The more chilling (Terror & Abominable) the better. 5th Heart is a compelling story with few weaknesses. Listing the two that left me underwhelmed would be spoilers; plus they may be "my problem" only. The premise of the story is unique and delicious; plus DS's innovations with reality add to the overall intensity. The real (fictional?) Sherlock Holmes, author Henry James, statesman Henry Adams, and more, populate a story ultimately built around the treachery of the fictional (real?) Dr. Moriarty and his anarchist penchant for both chaos & a generous share if ill-gotten lucre.
A really good story that could have been out-of-this-world. Only I don't know what's missing, or what should be? All that said (or not?), I'd recommend fifth heart to all my friends & family.

Strength is in the characters, not the story

Simmons plays with historic people, fictional and real, as a child plays with superhero action figures. The result is similar to the conversation game of imagining having dinner with your favorite famous figures, living or dead.

I enjoyed the mix of history and fiction, but the sheer number of cameo appearances was dizzying.

The question regarding the reality of the characters was intriguing and I laugh/groaned at the literary jokes - "I hate change of perspective, but I'm doing it anyway," and "I hate epilogues, but here it is."

Overall, a fun adventure. It is easy to compare it to Simmons' "Drood." In that comparison, however, the mystery in "Drood" is more heart stopping than in "The Fifth Heart."