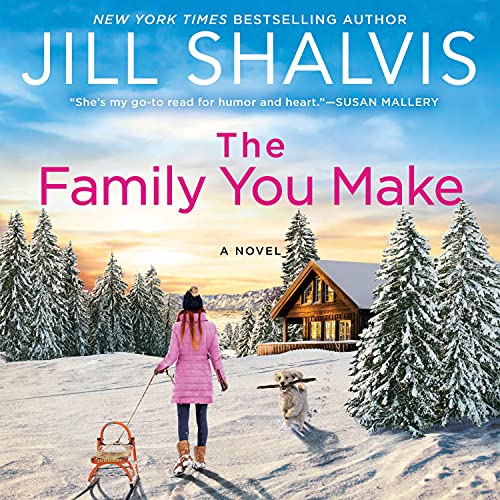 The Family You Make

During the snowstorm of the century Levi Cutler is stranded on a ski lift with a beautiful stranger named Jane. After strong winds hurl the gondola in front of them into the ground, Levi calls his parents to prepare them for the worst...but can’t bring himself to say good-bye. Instead, wanting to fulfill his mother’s lifelong wish, he impulsively tells her he’s happily settled and Jane is his girlfriend - right before his phone dies.

But Levi and Jane do not.

Now Levi’s family is desperate to meet “The One”. Though Jane agrees to be his pretend girlfriend for just one dinner, she’s nervous. After a traumatic childhood, Jane isn’t sure she knows how to be around a tight-knit family that cherishes one another. She’s terrified, and a little jealous. But an unexpected series of events and a host of new friends soon show Jane that perhaps this is the life she was always meant to have.

As Jane and Levi spend more time together, pretend feelings quickly turn into real ones. Now all Jane has to do is admit to herself she can’t live without the man she’s fallen in love with and the family she has always dreamed of.