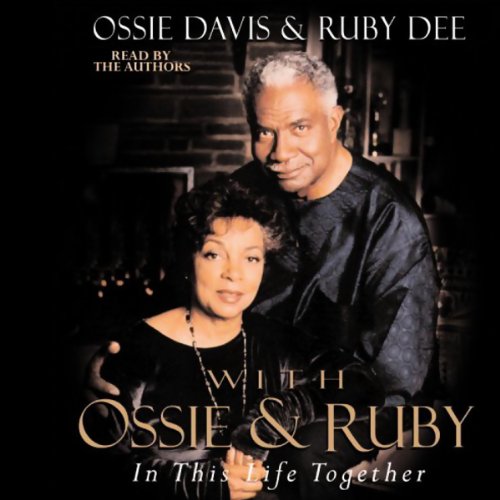 The Family Comes of Age

"The Family Comes of Age" is the third part of three in With Ossie and Ruby: In This Life Together.

Ossie Davis and Ruby Dee are legendary stars of the American stage, television, and film, cherished not merely for their gifts as actors but also for their lifelong commitment to human rights, family values, and community. Now, in a joint memoir that celebrates half a century of successful marriage, they look back on the extraordinary careers that earned each a Presidential Medal for Lifetime Achievement in the Arts. With Ossie and Ruby overflows with consummate storytelling skill, but it's much more than a wonderfully engaging self-portrait. For as they reminisce in alternating chapters, Ossie and Ruby offer a vivid picture of the 20th-century African-American experience, both in the rural South and the urban North.

For Ossie and Ruby, stardom and social responsibility were inseparable, so along with their theatrical stories of Broadway and Hollywood, where Black actors fought to escape racial stereotypes, they offer an insider's chronicle of political commitment that drew the wrath of Senator Joe McCarthy and, later, the friendship of both Martin Luther King, Jr., and Malcolm X. And, perhaps most important to them, here is the story of their private lives and the family whose love and security more than repaid the sacrifices they made.

Often funny, occasionally heartbreaking, and always clear-eyed and candid about themselves and the world they helped to shape, Ossie and Ruby have recorded a book sure to win the heart of anyone who cares about American theater, the struggle for civil rights, and the deep, inspiring values that have guided the lives of two great artists who blazed a triumphant trail.

For the first time ever, experience this archival tour de force recording.

"This is a compelling read, effectively evoking the challenges and rewards that have attended the authors' roles as black leaders over the past 60 years." (Publishers Weekly)