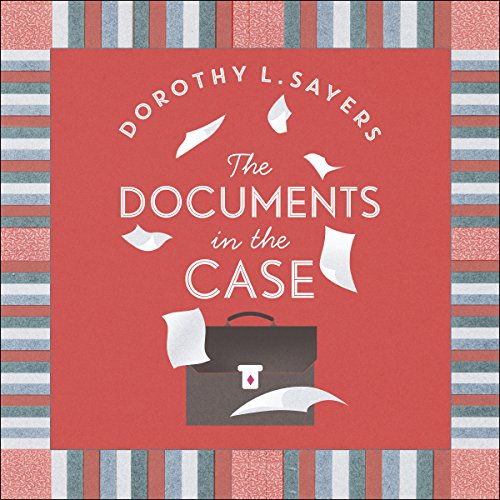 The Documents in the Case

The Documents in the Case

The best of the golden-age crime writers, praised by all the top modern writers in the field, including P. D. James and Ruth Rendell, Dorothy L. Sayers created the immortal Lord Peter Wimsey. But in this thrilling murder story, she tells her story instead through the letters of the victim and the suspects.

The bed was broken and tilted grotesquely sideways. Harrison was sprawled over in a huddle of soiled blankets. His mouth was twisted.... Harrison had been an expert on deadly mushrooms. How was it then that he had eaten a large quantity of death-dealing muscarine? Was it an accident? Suicide? Or murder?

The documents in the case seemed to be a simple collection of love notes and letters home. But they concealed a clue to the brilliant murderer who baffled the best minds in London.

"She combined literary prose with powerful suspense, and it takes a rare talent to achieve that. A truly great storyteller." (Minette Walters)