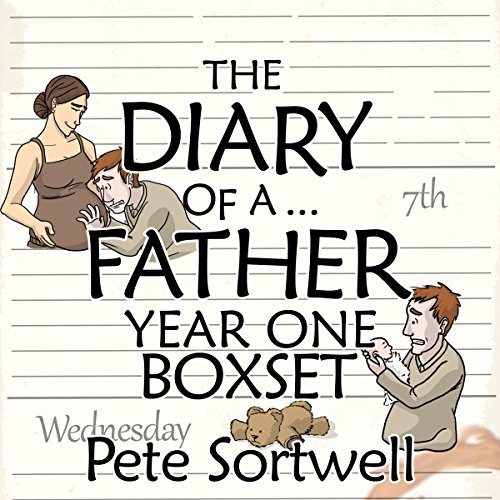 The Diary of a...Father: Year One Boxset

The Diary of an Expectant Father

Not only is Graham Peterson unlucky in his choice of careers, he's also been terrible with women throughout his adult life. That changes when he meets Alison on a work night out. Unfortunately for Graham, however, things change so drastically that within a month of dating Alison, he gets the news that he's about to become a father for the first time.

This book charts the months leading up to what should be the happiest day of a young couple's life, but with a relationship so new and a career so bad, can Graham keep everything together for the sake of his unborn child?

With all the pitfalls and worries of an expectant father charted, this book is for all those who have been through pregnancy or just want to know how a man deals with all these things internally.

The Diary of a Hapless Father: Months 0-3

The second in the series charts those first three terrifying months of parenthood. With all the angst and fear of a new father, Graham needs to pull his socks up if he's going to become the father he always dreamed he would be.

With all the pitfalls and worries of a new father charted, this book is for all those who have been through early parenthood or just want to know how a man deals with all those things internally.