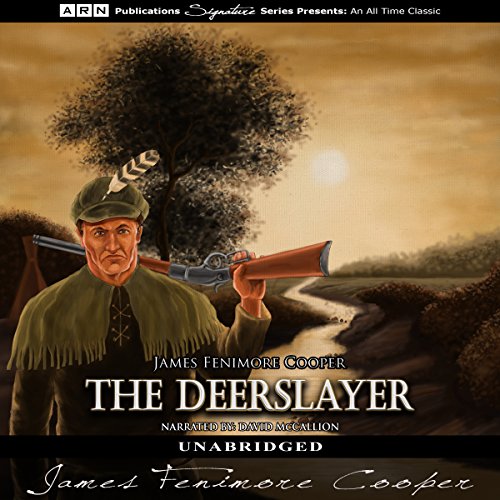 The Deerslayer gives listeners a glimpse into another time and another culture. Raised by Indians, the young white man Natty Bumppo takes pride in doing everything just as well as his peers. Natty is courageous and one of the best hunters in his group which earns him the name Deerslayer, but his true test will come in the form of warfare.

The Deerslayer’s story is one of violence and the reality of warfare. After killing his first enemy, Natty is captured and tortured. He believes this is the worst of mankind but nothing can prepare him for the cruelty of the so-called civilized man. His experiences push him on a journey of discovery and reckoning but in the end, he comes through his experiences with a sense of pride and nobility.

The narrator was reading so fast, he either hated the book so much he couldn't wait to finish it, or he was being paid by how fast he could get through it. Either way, it was not an enjoyable experience.