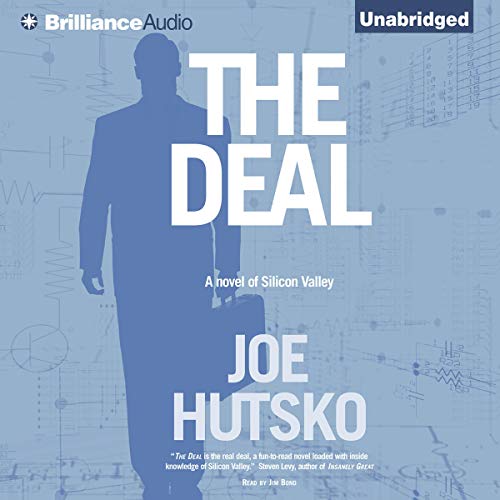 Apple insider Joe Hutsko offers a ringside seat to the struggle for control of America's most innovative computer company. Meet Peter Jones: brilliant, mercurial, he literally invented the personal computer. And Matthew Locke: quintessential company man and marketing genius. Both are determined to control Via Computers, the company Jones began in his garage, forged out of vision and chutzpah, and - some say - is dangerously close to destroying.

Driven more by aesthetic instincts and perfectionism than the bottom line, Jones doesn't see that his company is sinking fast. As sales drop and deadlines are missed, a clash is inevitable. Matthew Locke means to wrest power from Jones and commit the company to a Faustian pact with its largest competitor. As the battle for power escalates, it tests the greed and morality of nearly everyone in Silicon Valley. At the center of the storm lies a simple question: what defines a company - its people, its product, or its vision?

Here are Silicon Valley's legendary players: the supercharged young wizards, the glossy baby execs, the bored rich and the shrewd parasites they attract, all woven into a taut novel written by one of the Valley's own.