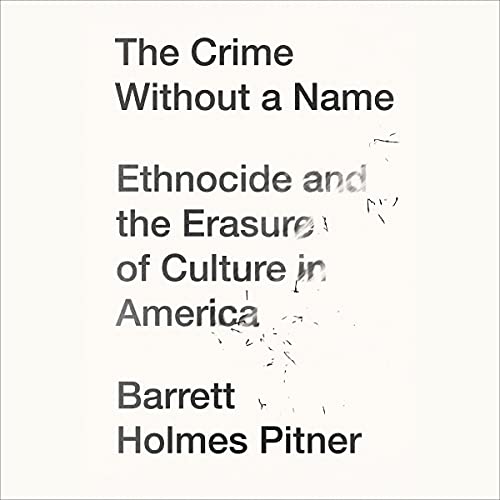 The Crime Without a Name

In this incisive blend of personal narrative and philosophical inquiry, journalist and activist Barrett Holmes Pitner seeks a new way to talk about racism in America.

Can new language reshape our understanding of the past and expand the possibilities of the future? The Crime Without a Name follows Pitner’s journey to identify and remedy the linguistic void in how we discuss race and culture in the United States. Ethnocide, first coined in 1944 by Jewish exile Raphael Lemkin (who also coined the term “genocide”), describes the systemic erasure of a people’s ancestral culture. For Black Americans, who have endured this atrocity for generations, this erasure dates back to the transatlantic slave trade and reached new resonance in a post-Trump world.

Just as the concept of genocide radically reshaped our perception of human rights in the 20th century, reframing discussions about race and culture in terms of ethnocide can change the way we understand our diverse and rapidly evolving racial and political climate in a time of increased visibility around police brutality and systemic racism. The Crime Without a Name traces the historical origins of ethnocide in the United States, examines the personal, lived consequences of existing within an ongoing erasure, and offers ways for listeners to combat and overcome our country’s ethnocidal foundation.

Powerful historical perspective with practical recommendations for a better way forward. I look forward to reading/listening to more from the author.