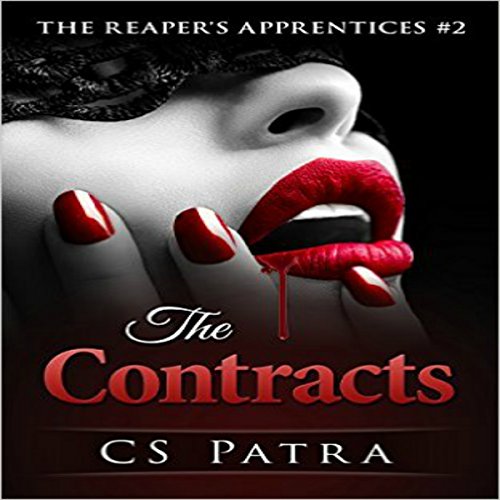 There was a time when humans and demons lived together in peace. It all changed the day that human decided to attack and the peaceful bond was broken. Years after the destruction of Tartarus Sanctum and the elimination of Reaper's Apprentices, humans and demons are at each other's throats. To counter the problem, groups of demon slayers are rising to save the world. The war is brewing underneath, and people are becoming more aware of it.

In the midst of it all is DS461, four young men who are trying to move on with their lives after a tragedy. They started out young and became good enough to fight in the field at an early age. As trained demon slayers, they are waiting for a big adventure to come. They have sworn revenge on those that did them wrong and promise to get it at all costs. Then one night, after a failed mission, they come across four unlikely allies; a group of female demons. These demons make a deal with them; they do one favor for the demons and DS461 can have anything they want. All they have to do is agree to the terms.

Without thinking much, DS461 agrees. They don't know it now but they are about to set on the biggest adventure of their lives. It isn't over for either side. In fact, they've barely begun.


The Contracts: The Reaper’s Apprentice Book is about a group of demon slayers and their

I thought the demon slayers and customs were interesting.

There was a Twist at the end and Overall, an Engaging Read..


Zachary Liebenstein did well with the narration.

Note:
"This audio book was provided by the author, narrator, or publisher at no cost in exchange for an unbiased review."

shoulda started with the first book

Would you listen to The Contracts again? Why?

i received this book free of charge for an honest review, good story line, wasnt much action going on but gave many openings for more to come

The Contracts: The Reaper’s Apprentice Book is about a group of demon slayers. This group in particular has been left out of missions and are disappointed over it. Eventually they are chosen for an important mission on their home soil. The series so far is about the relationship between demons and humans.
I didn’t enjoy this book as much as I did book 1. It had a slower pace and was more difficult to follow but I did enjoy hearing the side of the demon slayers and finding out more about them. There is a nice little twist I didn’t expect at the end. Of course I can’t say what it is that would give too much away. Overall it’s a decent read worth listening to.
I wasn’t so sure about the switch in narrators but he did a good job.