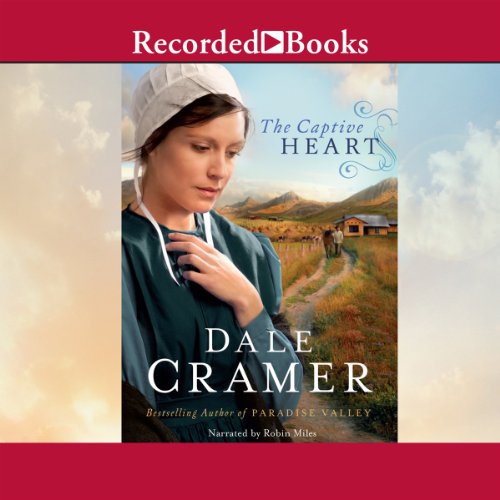 Christy Award winner Dale Cramer’s enthralling Paradise Valley introduced Caleb Bender, an Amish man who, in the 1920s, led his family from Ohio to Mexico to form a new settlement. Its compelling sequel, The Captive Heart, finds Caleb and his family struggling to adapt to their new lives in a country torn apart by revolution. But their true test is yet to come. When a bandit kidnaps his daughter and wounds his son, Caleb knows he must act before his children are put in further danger. Yet what can an Amish man do when violence is strictly forbidden?

As I wrote in the review for Paradise Valley, this second book is just as good. Make sure you listen to them in the proper order. If you like Amish stories, this is one of the better books to listen to.

Historically accurate fictional tale of Amish families who moved from Ohio, fleeing the government mandated public schooling of their children in the 1920s to Mexico . . . the land, prime farmland, warm and wildly beautiful, yields good crops for the Amish . . . but increasing threats from the Mexican bandits make daily life more and more difficult . . . the Bender family continues to grow, with young Rachel's skills as a midwife becoming renowned in the tight knit community . . . Miriam smitten with Domingo, local native and hired hand, learns that "Cualnezqui", (the special name that Domingo has for Miriam) means Beautiful One . . . not friend, as Domingo had told her . . . and when she confronts him with it, he tells her that there are "fences" between them . . . he works for her father, he is poor, and most of all, he is not a pacifist, he is not Amish . . . When Aaron, (one of the Bender sons), Rachel, Ada, and little Amos have to travel to the doctor in Agua Nueva due to contracting diphtheria, on their way home, they are they are attacked by El Pantera and his bandits . . . The Captive Heart is a beautifully and sensitively written story of the struggles and contrasts between two ways of life, two belief systems, the reckoning of a man who meets with His God, and the Grace of a mighty Savior . . . the narration is superb, it resonates deep into one's soul as the words flow, the Daughters of Caleb Bender, a fictional series, is written by the descendant of one of the actual Amish who left Ohio and moved to Mexico in the 1920s . . . I look forward to Book 3 . . .

I guess I am so used to Beverly that I can not stand anyone who just has a lot of things happen to the characters to try to cause suspense and interest. This book was Ho hum for me. At least it was not full of cussing which so many think makes it interesting.