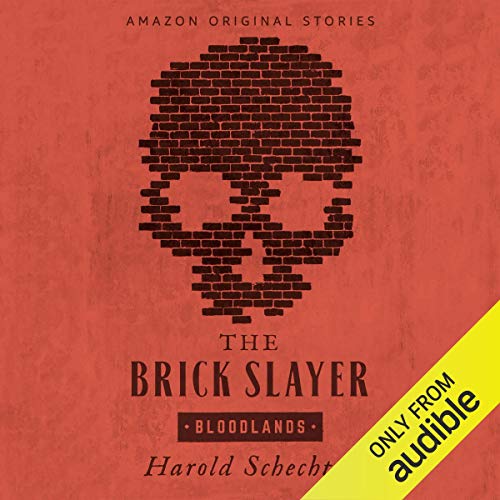 A series of brutal home invasions terrified Los Angeles in 1937. They ended in Chicago a year later with the arrest of African American teenager Robert Nixon, igniting racial tensions in an already appallingly divided city.

Tortured in custody and portrayed by the press in the most lurid and flagrantly racist terms, Nixon faced an all-white jury. It would be the fastest conviction in the history of Cook County. Used as inspiration for Richard Wright’s classic social protest novel, Native Son, the case against Nixon is a still-relevant examination of bigotry, suppressed rage, and the making of a murderer.

The Brick Slayer is part of Bloodlands, a chilling collection of short addictive historical narratives from bestselling true-crime master Harold Schechter. Spanning a century in our nation’s murderous past, Schechter resurrects nearly forgotten tales of madmen and thrill-killers that dominated the most sensational headlines of their day.

This entire series is great. I love Weber's performance--I found these by searching for him after finishing King's It, and wish he would do more.

this book definitely has a political agenda. I didn't like the slant. the fact that we lived in a different time does not excuse these killings

If you enjoy true crime I highly recommend Harold Schechter. At 1st I didn’t like the narrator voice on this one but got use to it & then it was fine. The story was good, he give multiple side to the same story & is great with the facts to back it.

Wow, another captivating true account of a man who slipped into peoples windows, raped, then beat his victims to death with a brick. Horrifying yet enthralling.

i took a chamce w these books and i absolutely loved all that ive read so far.

This was concisely done and can be digested in one sitting. I appreciated that it brings up Native Son by Richard Wright.

the series is unbelievably amazing I love everything about it. the narrator is top-notch too

Something about this has an unfinished quality to it, but that has more to do with the gravity of the story than the truth to it. It's dark and honest and good.

This was amazing I loved the ending I loved everything about it the narrator was great oh, the story was great and I really hope to see more of this type of story in the future

A historically important case, as well as a juicy true crime fix, which I'd never heard of, with very good and important context provided. Admirers of Richard Wright and/or Native Son, may be as grateful as I am for the amazing links...including relevant citations. (NOTE: While very worthwhile and interesting info, it's still a very scanty read. It seems like a poor business ploy to create all these tiny Schecter pieces as separate purchases. They know many admire him and want to read all we can, but, really?)