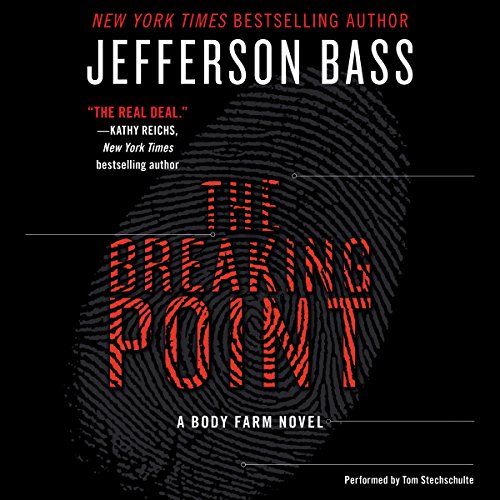 It's been 10 years since Dr. Bill Brockton created the Body Farm - the world's first postmortem research facility dedicated to advancing the frontiers of forensic science - and the researcher is at the pinnacle of his career. Under his leadership, the University of Tennessee's forensic anthropology program has become the most prominent in the world, and Brockton's skills and knowledge are in high demand among top law enforcement. Calling him in for a number of high-profile cases, the FBI now wants him to identify the charred remains of a maverick millionaire killed in a fiery plane crash.

But a storm is about to hit Brockton with cataclysmic force. First, his identification of the crash victim is called into question. Then he receives a threatening message from the serial killer who attempted to murder the scientist and his family a decade ago. And from Brockton's beloved wife, Kathleen - his lodestone and his source of security - he gets the most shocking news of all. Will Brockton be able to weather this deluge...or has he finally reached the breaking point?

Definitely recommend this as an audiobook.

The plot kept me guessing.

Have you listened to any of Tom Stechschulte’s other performances before? How does this one compare?

Yes, have now listened to several books performed by Tom. He is excellent !!

Dr. Brockton's personal loss was very moving. I felt the author may have been relating a personal experience. It affected me strongly.

one of my favorites!

the whole series is good. i look forward to each book, this one is action packed with a great twist!

Twists and turns so unexpected. I love this book and the narrator was super. Thanks for a thrilling ride

One of the best in the Body Farm series. I've read these out of order, but I don't recommend that.

I like all of his books, but this one has been my absolute favorite yet

The story line is interesting and the humanity of the characters jump out of the pages. Absolutely love the voice of the narrator, Tom Stechschulte, his reading adds that little extra to an already great story. Highly recommend this book.

Holds true to others in the series. It was wonderful to meet his wife and learn her story in a deeper sense. Loved it!

Tom Stechschulte brings life to all the characters in every book he narrates!

Loving the bone farm series, too! looking forward to more from both author and narrator!

First one on Audible. Great way to work outside, ride the train or just relax. The mixture of science, flies and body parts is so fun and educational. The best of summer reads, or fall or winter or spring.