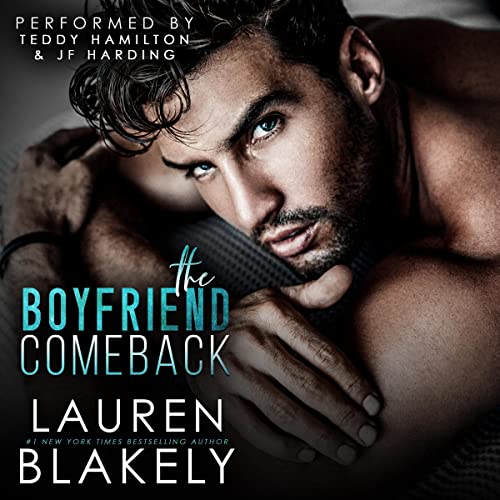 Some men are just off-limits. Like, say, all the other football players in the league….

I have to stop replaying the one night I spent with my rival. Trouble is, that white-hot encounter with the other quarterback answered a lot of questions I’ve had about myself, but it also led me into this mess where he hates me.

I never showed up for our second date. Since, well, life happened, and the worst part is he’ll never know how much that night meant to me.

But when I’m traded to his cross-town rivals, that’s not the time to serve up my secrets to him either. My team’s PR department wants to double down on our rivalry. I need to focus on football, not on my interest in men. Except, the more time I spend doing media appearances and charity events with the sexy, generous, popular guy, the hungrier I am to finish what we started.

It’s a bad idea to knock on his door late one night. I could lose everything. He’s probably not even home.

But when the door swings open and I’m face to face with the man I want desperately, I have a choice to make.

And She did it again!!!! Every time I finish one of Lauren Blakely's MM Romance books I think this is the best one yet... Then she writes another one that becomes the best one! I loved this book, I loved these characters and I loved their Love story!!! Seriously I loved Jason & Beck so much I just wanted to hug them both. This one hit all the feels for me <3 I can not wait for more books in this world Lauren has created. PLEASE KEEP THEM COMING!!!

The narration was PERFECTION! I love both Teddy Hamilton & JF Harding and together they set this audiobook on fire!

6 Stars! One of my favorites of the year!

The Boyfriend Comeback is Lauren Blakely's new MM rivals-to-lovers, second chance football romance! I have been in love with Jason since we first met him in the Men of Summer Series (if you haven't read that, go and get it now!) Every once in a while a book will just get you in the feels! It comes into your life at the perfect time and you feel it in your heart, body and soul. Jason and Beck's romance is that book for me this year! There is just something about Jason's positive attitude, openness, loyalty and humor that draws you in. Beck's serious, but funny and his struggles made him more human! Together they complement each other perfectly. It's not easy being the starting quarterback, especially when your crush plays for the city's other team. It's also not easy being out and proud in the sports world, but Jason and Beck make it work. They have their ups and downs, but their desire to be together is bigger than all the obstacles. Lauren never ceases to amaze me with her talent for writing deep, fun, sexy characters and she's quickly become one of my favorite MM authors! Jason and Beck are two of my favorite characters of Lauren's and you know I don’t say that lightly. There was just something special about these two. They are all heart and soul and their personal stories and their love story just got to me! I hope we see them again soon!

Audio: Teddy and JF were freaking amazing! I love this pairing more than I thought I would. They were the perfect Jason and Beck for me!

This book felt like the hug I needed.
That might sound odd but these two characters and their story gave me all the warm fuzzies.
It’s one of the reasons I love romance so much, when you find that story that melts your heart makes you root for the characters and keeps you wanting more. More love, more time, and just more friendship.

Even though they play on different teams and are pinned against each other in the media. They were never anything but friendly with the good sportsmen-ship ribbing which is hilarious.

Navigating feelings and careers because it’s tricky but they never made it about that, their relationship was based on themselves. And I just really enjoyed that.

Their chemistry and attraction is what makes this book so fantastic.
Something about the way Lauren does MM makes me want to listen curl up and just enjoy. And I hope you get the same sense when you listen because this is probably my favourite of all of Lauren’s MM and that saying something because there have been a few that I have relisted to and loved. But this one stole my heart.

Teddy and J. F. were utterly fantastic no joke they played well off of each other they made it feel effortless.
Fabulous narrator choice. More please.

I love Teddy and JF together. I also love Lauren too! Hot gay men and the NFL. What more do I say!

Lauren Blakely knows how to write romcoms whether they are M/F or M/M and this book definitely delivers with a strong romance and a good amount of humor mixed in. Side note, I love Teddy Hamilton so I will listen to just about anything he narrates.

Jason and Beck‘s story is sweet, passionate, and heartwarming. They are so perfect together! This is an excellent rivals-to-lovers and second chance sports romance. Teddy Hamilton and J.F. Harding did an excellent job with the narration. I enjoyed it.

Jason and Beck are finally here and I devoured their story. Jason is the quarterback for one of the local teams in San Francisco and he and Beck had one night that neither were expecting but both relished in and when the plans they made for a second night didn’t go as planned with no explanations changed dramatically how their next meeting played out.

These two men are cross-town rivals and this really is Beck’s big break in professional football so having more than a friendship with Jason isn’t in the cards… or is it. Neither can deny the chemistry that is bouncing off of them bringing them closer and closer to crossing the proverbial line. And some things are just worth the risk!

I loved these two men so much. I loved the naivete of Beck but he also isn’t afraid to ask for what he wants and Jason is the man who’s willing to be his teacher… and holy moly the hotness of this book is off the freaking charts!! This book is filled with moments of happiness, snarky comebacks thanks to all the secondary characters who are teammates, emotional moments that brought me to tears… totally didn’t expect that to happen.

Not only has this become one of my favorite Lauren Blakely M/M it’s also because of the phenomenal narration by Teddy Hamilton and JF Harding. The embodied Jason and Beck expertly. I felt every touch, whisper and glance. It’s not a stress free ride between these two. There are so many outside forces that could bring the love they are beginning to feel for each other tumbling down.

Professional football is one of my favorite things to watch so having this book set in that world is literally like the Superbowl of reading. It has everything I love about a Lauren Blakely book… witty banter, hotter than hot chemistry, the exact right amount of angst and friendships and love that knows no boundaries.

Another winner from Lauren Blakely

Lauren Blakely is the queen of rom-coms but she has absolutely nailed it (pun intended) with her sports romances. The Boyfriend Comeback is a “forbidden” romance but only because the main characters are the quarterbacks for rival teams in the same city. I do love the way Lauren writes these beautiful love stories in a somewhat utopian society where ALL sexuality is accepted and treated equally and the characters don’t usually face struggles that they potentially would in the real world. This book does address the very common issue of anxiety though and it is handled with care, patience and a great deal of compassion. I’m a sucker for a great m/m sports romance and this one hit the spot.
Teddy Hamilton and JF Harding are perfectly cast and bring both the heat and heart that these two characters deserve. I am in love with the voice JF Harding used for Jason McKay!! Please and thank you!

Really enjoyed this Rivals to lovers story. I could listen to Teddy Hamilton & JC Harding narrate together forever. Such a phenomenal pairing!

Excellent! Such a wonderful sports romance with so much sweet, heat and swoon! I absolutely loved Jason and Beck! The audio was sublime. Teddy Hamilton was fabulous as always and I have a new top narrator in JF Harding! So good!