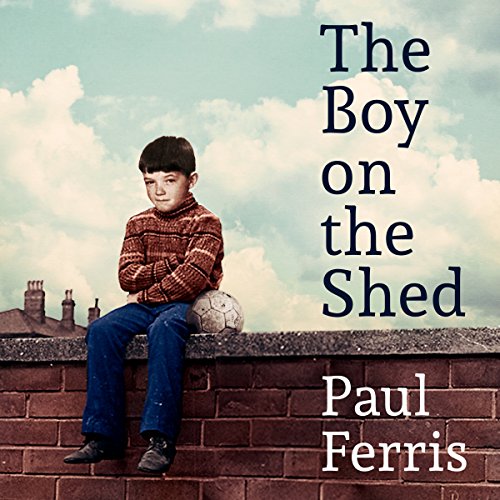 The Boy on the Shed

Shortlisted for the 2018 William Hill Sports Book of the Year

Today was his first climb to the top. He knew if he was there, watching, then she would never leave him. Her name was Bernadette, and he climbed the shed every day.

This is a not a football book, as such. Rather, it is a memoir by someone who happened to have superior ability at the sport during his formative years, which led him on a remarkable journey. Paul Ferris became a professional footballer and at the age of 16 was the youngest ever to play in Newcastle United's first team.

Coming from Northern Ireland and being a skilful winger with dancing feet, he was inevitably hailed as 'the new George Best'. But the story of his time in the game, particularly as a young player, is one of insecurity, injuries, uncertainty, fear and, ultimately, a failure to fulfil his hopes and dreams.

The book opens in Lisburn, near Belfast. The Ferris family are Catholics in a predominantly Protestant town at the height of The Troubles. Ferris relives his childhood and teens with brutal candour laced with black humour. The Boy on the Shed is a beautifully written account of a life, but it also lifts the lid on big personalities at Newcastle United.