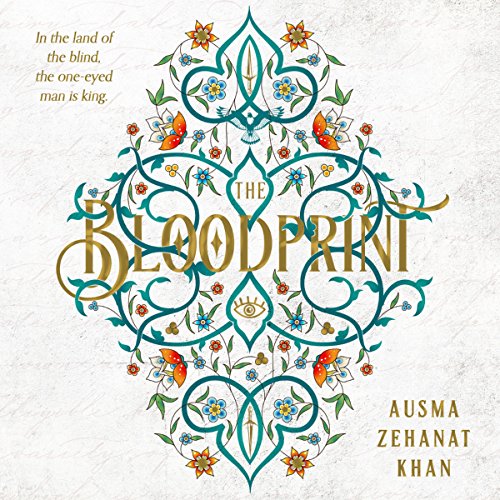 The author of the acclaimed mystery The Unquiet Dead delivers her first fantasy audiobook - the opening instalment in a thrilling quartet - a tale of religion, oppression and political intrigue that radiates with heroism, wonder and hope.

A dark power known as the Talisman has risen in the land. Born of ignorance and persecution, it is led by a man known only as the One-Eyed Preacher. A superstitious patriarchy, cruel and terrifying, the Talisman suppresses knowledge and subjugates women. And it is growing.

But there are those who seek to stop the oppressive spread of the Talisman. A resistance formed of the Companions of Hira - a group of rebels versed in the power of ancient scripture, a magic known as the Claim - believe they have discovered the key to destroying the One-Eyed Preacher and his fervid followers: The Bloodprint.

"Sweeping its readers up for a fantastical journey across a broken yet beautiful Silk Road, The Bloodprint is extraordinary. The book is wonderfully written; its poetic prose and mix of history, faith, and adventure reminiscent of a post-apocalyptic Odyssey...this time with a pair of women warriors at the helm." (S. A. Chakraborty, author of The City of Brass)
" The Bloodprint is somewhere between N. K. Jemisin and George R. R. Martin. You're going to love it." (Saladin Ahmed, author of Throne of the Crescent Moon)