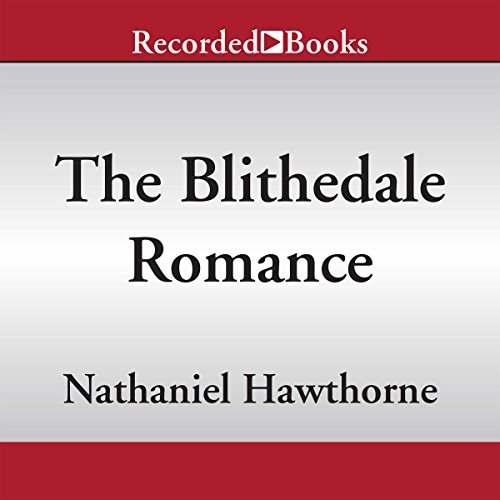 Miles Coverdale, embarks on a quest for the betterment of the world through the agrarian lifestyle and community of the Blithedale Farm. The story begins with a conversation between Coverdale and Old Moodie, a character who reappears throughout the story. The legend of the mysterious Veiled Lady is introduced; she is a popular clairvoyant who disappears unannounced from the social scene. Coverdale then makes the voyage to Blithedale, where he is introduced to such characters as Zenobia and Mr. and Mrs. Silas Foster.

At their first community dinner, they are interrupted by the arrival of Hollingsworth, a previous acquaintance of Coverdale's, who is carrying a frail, pale girl. Though Hollingsworth believes the girl (whose age is never clarified) is an expected guest, none of the Blithedale citizens recognize her. She immediately develops a strong attachment to Zenobia, and reveals her name to be Priscilla. Soon after, Coverdale becomes severely ill and is bedridden. During his sickness, he believes he is on the brink of death and develops a closeness with Hollingsworth due to their anxiety-ridden situation and discussion of worldly ideals. Hollingsworth and Zenobia take care of him, and he returns to health shortly.

As he recovers and spring comes, the residents of the community begin to work the land successfully and prove to their neighbors the plausibility of their cause. Priscilla starts to open up, and relationships between the other characters develop as well. Tension in the friendship between Coverdale and Hollingsworth intensifies as their philosophical disagreements continue. Meanwhile, Zenobia and Hollingsworth become close and rumor flies they might build a house together.

Mr. Moodie makes a reappearance and asks about Priscilla and Zenobia for reasons to be revealed later. Coverdale then meets a stranger who turns out to be a Professor Westervelt. Westervelt also asks about Zenobia and Hollingsworth.

I had issues with the narrator

Hawthorne's writing is dated, but this narrator made it excruciating. Still, it had historical interest.