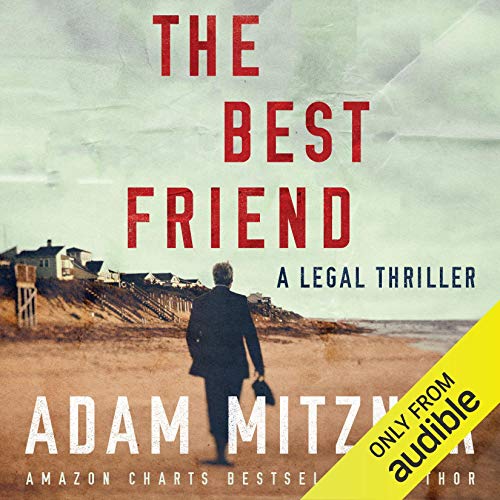 From the author of Dead Certain comes a twisting novel of friendship, love, and marriage - and all their cunning and deadly betrayals.

Back in 1986, Clint Broden was a novice New York defense attorney building a family with his wife, Anne, and impatient for his career to take off. That’s when his defense of his closest friend, Nick Zamora, made headlines. In spite of his lingering suspicions that his soul mate since childhood had a secret, Clint was dedicated to believing Nick hadn’t murdered his new bride.

Three decades later, Clint is now the celebrated go-to attorney for the rich and famous. Nick is a lauded literary superstar living his dreams in Los Angeles. Though separated by 30 years and 3,000 miles, they’re still bound by one thing - the trial that tested the limits of their friendship.

After all these years, the last thing Clint expects is to be pulled back into Nick’s disruptive life. But this time, his motives for getting involved might be different from proving his old friend’s innocence. It could be Clint’s last chance to force a reckoning with the sins of the past.

THE BEST FRIEND is Book 3 in Adam Mitzner's Broden Legal series. The protagonist of the first two novels was young prosecutor Ella Broden while The Best Friend features as protagonist Ella's dad Clint Broden. This novel concerns two murder trials of Clint's best friend from boyhood Nick Zamora; each trial is about the murder of Zamora's wives. The trials are 34 years apart in 1986 when Clint was a very young lawyer and in 2020 when Nick is the most famous and successful defense lawyer in the country. The novel is really about friendship, love, and betrayal. Both narrators are excellent.

There are many legal thriller authors consistently better than Adam Mitzner, but I continue to purchase and listen to his books because each novel shows promise. The Best Friend finally delivers on that promise.

Disappointing. Predictable. Most of all-BORING!!!

Mitzner had been an author whom i truly enjoyed until his last two books in the "Broden Legal" series.
This tale gives you the backstory of Ella Brogan's parents. There are several continuity errors which are really inexcusable. The pace is slow; I fell asleep three times while trying to finish

This book was predictable, full of stereotypes and there was not a single surprise. The author THINKS they were surprises but anyone who has read more than 6 "thrillers" could gave guessed what happens next.

Near the end - and it was a struggle to finish- Mitzner decides to bash conservatives and, in true rabid liberal fashion; take swipes at Fox news and implies that conservatives want all Muslims dead. No other news outlet was mentioned; politics didn't really play into this book. But he just could not help himself.And I wont ever waste my credits on Mitzner novels again.

The second part of this book describes a mother dealing with terminal cancer and the way her death impacts her husband and children. For any listener who has gone thru this agonizing experience you may want to pass on this “legal thriller”. It is painful to read and I could not finish it. I have requested a refund which was denied.

I have read every book Adam Mitzner has ever written and he continues to deliver the goods with his latest book The Best Friend. Turow and Grisham have nothing on Adam and I cannot wait to see one of Adam’s books made into a movie.

I kept expecting this book to go somewhere. I kept waiting for anything interesting to happen after the first chapter and omg it just didn’t. This book is like someone went to a law class for some undergrad elective and thought they’d go ahead and live out a lawyer fantasy by writing a book. It’s boring. The characters are BORING. This isn’t a legal “thriller”. It’s a snooze fest.

Good premise, not so good story. Kind of sad not my kind of book;Overly wordy,

predictable, but not bad.

easy read, easy to predict, not bad, but not great. worth your time. calling it a "legal thriller" is a bit of a stretch.

I found the story to be much more soap opera than legal "thriller" and not even very good soap opera. I also didn't much care for the way the story was told first person by three characters and the jumping time line, which was confusing when listening. Narration of the audiobook was very good generally, but sometimes it was difficult to know which character was speaking.

Lots of twists that are a full surprise. The full story doesn’t come together until the very end, which makes for a good listen.