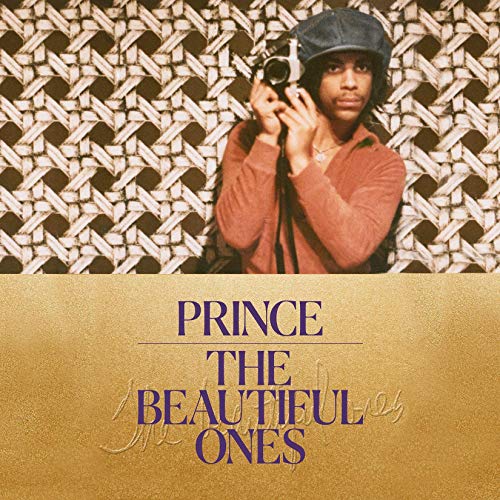 The brilliant coming-of-age-and-into-superstardom story of one of the greatest artists of all time, in his own words - featuring the exquisite memoir he began writing before his tragic death.

Prince was a musical genius, one of the most beloved, accomplished, and acclaimed musicians of our time. He was a startlingly original visionary with an imagination deep enough to whip up whole worlds, from the sexy, gritty funk paradise of "Uptown" to the mythical landscape of Purple Rain to the psychedelia of "Paisley Park". But his most ambitious creative act was turning Prince Rogers Nelson, born in Minnesota, into Prince, one of the greatest pop stars of any era.

The Beautiful Ones is the story of how Prince became Prince - a first-person account of a kid absorbing the world around him and then creating a persona, an artistic vision, and a life, before the hits and fame that would come to define him. The audiobook is told in four parts. The first is the memoir Prince was writing before his tragic death, bringing us into his childhood world through his own lyrical prose. The second part takes us through Prince’s early years as a musician, before his first album was released, via an evocative scrapbook of writing. The third section shows us Prince’s evolution, going up to the cusp of his greatest achievement, which we see in the audiobook’s fourth section: his original treatment for Purple Rain - the final stage in Prince’s self-creation, where he retells the autobiography of the first three parts as a heroic journey.

The audiobook is framed by editor Dan Piepenbring’s riveting and moving introduction about his profound collaboration with Prince in his final months - a time when Prince was thinking deeply about how to reveal more of himself and his ideas to the world, while retaining the mystery and mystique he’d so carefully cultivated.

This work is not just a tribute to an icon, but an original and energizing literary work in its own right, full of Prince’s ideas and vision, his voice and image - his undying gift to the world.

"It doesn’t matter whether you’re a Prince fanatic or if your interest is simply piqued by all things music or pop culture: The book is worth picking up.... The Beautiful Ones is not a read, but an experience, an immersion inside the mind of a musical genius. You are steeped in Prince’s images, his words, his essence.... The way the book is structured simply makes one want to read it again, to leaf through the pages and be immersed in Prince’s world.... The book can be a starting point for a Prince fascination, or a continuation of long-standing admiration. Either way, it will deepen the connection of any reader with the musical icon." (USA Today)

"Everything Piepenbring shares about being a fan chosen to work with one of his idols resonates.... [He] doesn't just want to write this memoir with Prince, he wants to do it right.... This means we get a memoir that is written by Prince, literally. Handwritten pages he had shared with Piepenbring make up Part 1, taking us from his first memory - his mother’s eyes - through the early days of his career.... We also get a memoir that is carefully curated by Piepenbring, who writes that he was able to go through Paisley Park, room-by-room, sorting through Prince’s life.... The Beautiful Ones doesn't paint a perfect picture.... It’s not definitive. It can’t be. It shouldn’t be and, thankfully, it doesn’t try to be.... It’s up to us to take what’s there and make something out of it for ourselves, creating, just as Prince wanted." (NPR)

"[The Beautiful Ones] delivers much, much more than we had any reason to expect.... Prince took the project very seriously, and it shows in the work he delivered.... It shines an intimate and revealing light on the least-known period of his life - his childhood - which is embellished with family photos, notes and other ephemera. The book does not scrimp on detail: Prince’s handwritten manuscript, rendered in his famously precise cursive script...is reproduced in full.... The initial segment of that closing section is one of the most fascinating parts of the book: a reproduction of a photo album, with captions by a presumably young Prince, containing a couple dozen pictures from his trip to California to record his debut album, ranging from shots of him in the studio to candids of him and his friends.... The Beautiful Ones brings so much new information to light that it’s hard to imagine anyone being disappointed." (Variety)

I was a bodyguard for PRINCE for seven years. This audiobook brought back so many emotions, It is a must for any Prince fan! Or anyone who just wants to learn a little bit more about him..

As if Prince’s genius was not already obvious, this memoir only serves to reaffirm it. This man was living on a whole different plane than everyone else...on just about every level. While the book is brief, it does offer a fascinating glimpse into his upbringing, talent and philosophy. You’re left wondering what the book might have been, especially given Dan Piepenbring’s insight on working with him just prior to his passing. Even though it’s difficult to hear (especially for fans), it’s intriguing to learn about the musical icon’s life in the month’s leading up to his tragic and untimely death.

As a lifelong fan, I found myself tearing up not so much out of sadness, but simply missing his unique and special presence in the world. (If you never experienced him in concert, you truly missed out on one of life’s greatest joys. It breaks my heart knowing I will never seem him perform again — pure bliss, excitement and love.) The book should serve as a testament to not only artists, but everyone, that you should always be true to yourself, always do your best and be kind to others. Prince’s life is a prime example of why you should listen to your heart and ignore all the noise. (The book will encourage readers to take a deeper reflection on his lyrics, as he was wise beyond his years and always teaching us so much.)

As he famously sang, “But life is just a party and parties weren’t meant to last.” Thank you for one funky ride. I love you forever, PRINCE!

As a huge Prince fan, I can honestly say this is disappointing. Releasing an unfinished book based off of a very small period of time and a few conversations is not something I believe he would have approved of. You also don’t learn anything new that any fan didn’t already know by the countless other books, interviews Prince, his band and people he worked with already did. Very sad and would not recommend

I love audiobooks and I love Prince, but I don't love this audiobook about Prince. OVER HALF of the book is the "introduction" by Dan Piepenbring. Although this glimpse into the last months of Prince's life thru Dan's perspective and interactions is interesting, his droning narration is not. I enjoyed the remaining half, but it all felt like a published rough draft--not at all what Prince would have released.

I waited 40 years for this?

I have been a fan of Prince before he came out. I knew someone who worked for Warner brother's records in 1979 they told me all about this kid who played every instrument on his debut album, as they were called back then, being a skeptic I was given a promotional copy of "for you" his first album, it set on top of my turn table for about two weeks before I decided to give it a listen, from the opening track it caught my attention, with all the layered, stacked vocal tracks of "for you" I thought wow this is one guy? of course that made me listen to the entire album, and I've been along for the ride ever since. So having said all that I was a little disappointed, taking in the fact that he passed away during this book, for me there were so many things left out, or were kinda skimmed over, it was way to short, and left me with an empty feeling, I was in disbelief when it came to the end the way it did, I'm sorry it just felt so unsatisfying .

Get the hard copy

I loved Dan's intro and would have enjoyed hearing more from him and maybe others who knew Prince and had encounters with him over the years. I think getting the hard copy will be a better move for me than listening to it. It feels so unfinished and I didn't love some of the narration.

As a super fan; you often wonder what it's like to experience an artist or entertainer in their own light. Who are you? What are you? Why are you? In the words of Prince Eye wonder U! I learned so much from the book, even though it was short. My eyes would close and I would just listen as my imagination takes shape. My thoughts became insatiable with each chapter. Hungry for more knowledge from the most prolific and influential musician in my lifetime. I loved each chapter as if I was sitting in a room with him right by my side. Although there were narrators; I could only hear Prince. Thank you for giving me a chance to enjoy just a glimpse into the mind of a genius.

More like the story of a book than a book. Interesting though. I gained a different perspective on Prince than I'd had before.

I really thought this was a book written by Prince instead of an unfinished work.

This makes me love and miss me even more.I wished he finished it love it