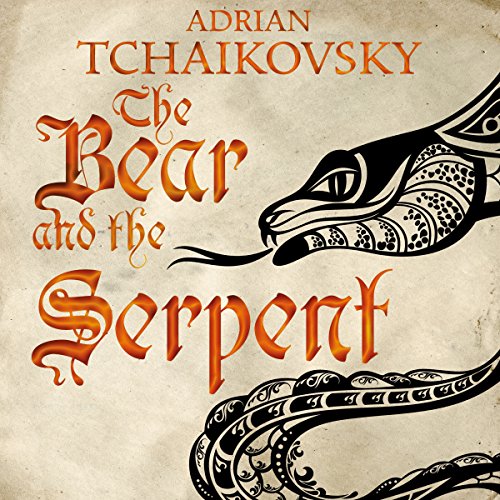 The Bear and the Serpent

As the south is in turmoil, an old terror emerges in the north....

Maniye, child of both Wolf and Tiger clans, has been named Champion of her people. But they're unsure if she's an asset - or a threat. To buy time, she joins Prince Tecuman's warband of outcasts and heads south, to help him gain his crown. She wants to discover her true place in the world but instead heads into the jaws of a fierce new conflict.

Civil war threatens as Tecuman and his twin sister battle for the throne, for only one can rule. Yet whoever triumphs will carry a heavy burden, as a great doom has been foreseen that will fall across their whole world. And soon Maniye finds herself at the heart of a political storm.

Danger is also shadowing her old home, where Lord Thunder and his bear clan are attempting to unite the northern tribes. But only extreme peril will end age-old rivalries. An adversary from the most ancient of times is preparing to strike, putting their lands and their very souls in danger. And neither north nor south will be spared the terror to come.

The Bear and the Serpent is the second audiobook in Adrian Tchaikovsky's epic fantasy series, Echoes of the Fall, following The Tiger and the Wolf.

I loved children of time and guns of dawn. was excited to start a series from a favored author. but this project feels amateurish. perhaps it was a stepping stone in the path to future greatness. narrater can read well enough but doesnt do much in the way of performance. and she just sounds down right silly when she tries to do men's voices.

Continuing the adventures of Maniye Manytracks, Hespric, Loud Thunder, Asmander and many others of the first novel was a delight. Many parallel storys switch inbetween. An overarcing threat is revealed and the shapechangers divided as they are have to find a way to confront it.
This story is a middle part, like empire strikes back, and therefore lacks a satisfying ending in my opinion. But it is still wotrhwhile. Lots of action, drama and intrigue in the weird shapechanger societies.
The audiobook narration contnues to convince.