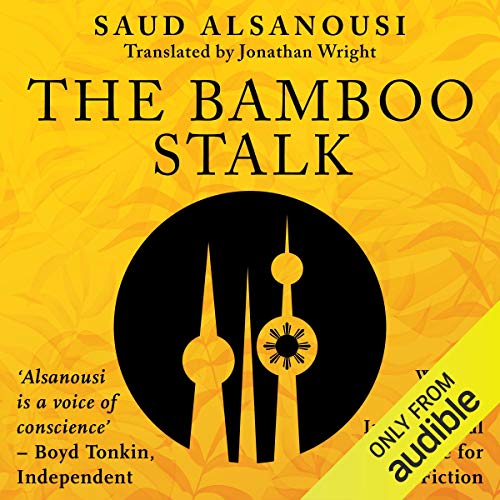 Josephine escapes poverty by coming to Kuwait from the Philippines to work as a maid, where she meets Rashid, an idealistic only son with literary aspirations.

Josephine, with all the wide-eyed naivety of youth, believes she has found true love. But when she becomes pregnant, and with the rumble of war growing ever louder, Rashid bows to family and social pressure and sends her back home with her baby son, Jos. Brought up struggling with his dual identity, Jos clings to the hope of returning to his father's country when he is 18. He is ill prepared to plunge headfirst into a world where the fear of tyrants and dictators is nothing compared to the fear of what will people say. And with a Filipino face, a Kuwaiti passport, an Arab surname, and a Christian first name, will his father's country welcome him?

The Bamboo Stalk takes an unflinching look at the lives of foreign workers in Arab countries and confronts the universal problems of identity, race, and religion.

What made the experience of listening to The Bamboo Stalk the most enjoyable?

The story is rich in the portrayal of ethnic and social dynamics. It is similar to having traveled to the Philippines and Kuwait guided by a group of professors of these subjects who explain in a lively manner the workings and rules of these societies as lived by their citizens.

What was one of the most memorable moments of The Bamboo Stalk?

When Isus meets again one of the tourists he had guided in Kuwait and they recognize each other by doing the shoulder shake in the lobby of the apartment building .

When his grandmother wakes from her nap to tell him not forget to massage the other leg.

I want to re-listen to it and I very rarely want to do that.

I wish this had been read by a Filipino speaker. I understood the Arabic mispronunciations, but it didn't make sense to have an English accent here