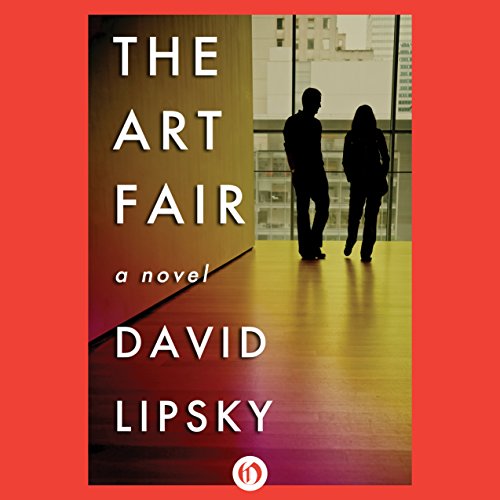 A poignant and painfully funny novel about the New York art world by the acclaimed author of Although of Course You End up Becoming Yourself.

For two first-class years, Joan Freeley had it all: the perfect family, the best art dealer in Manhattan, and the admiration of famous friends. Her adoring husband and two handsome sons attended her first gallery show in matching khakis and blue blazers. "An Interesting Talent Makes Its Debut," declared the New York Times.

Then, as if her success were nothing more than a booking error, Joan's life got downgraded. A brutal divorce led to paintings too bitter to sell and a career stuck firmly in coach. Unable to see her suffer alone any longer, Joan's teenage son Richard leaves his father and older brother in Los Angeles and moves in to her one-bedroom apartment in SoHo. At the gallery openings where she used to be a star, Richard discovers just how much his mother's light has dimmed. She is an artist who is not showing - she might as well be invisible. To acknowledge her is to acknowledge the thin line between success and failure in a world as superficial as it is intoxicating.

Richard immediately devotes himself to returning his mother to her former glory. Everything about him - the clothes he wears, the jokes he makes, the college he attends - is calculated to boost Joan's reputation. But as the years go by and the galleries keep sending back her slides, Richard has to ask: Who wants Joan Freeley's resurrection more - him or her? And when will his own life start?

Wow, you enter an interesting world

If you could sum up The Art Fair in three words, what would they be?

What was one of the most memorable moments of The Art Fair?

Watching an artist rise and fall is difficult, but watching the ones who love her endure this is wrenching.

Which character – as performed by Steven Menasche – was your favorite?

The son. Actually, all the characters were really embodied by the actor. Mr. Menasche is good, real good. He never rushed any part of this book and his pacing allowed me to digest parts as they went. Now that the book is over, I want to hear more of his voice and more of this story.

Art can eat you up.

Listen to this book. A great listen to a life that most of don't have and probably don't want.