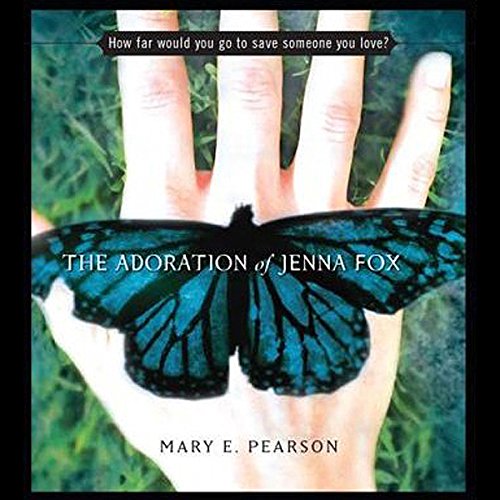 The Adoration of Jenna Fox

Who is Jenna Fox? Seventeen-year-old Jenna has been told that is her name. She has just awoken from a coma, they tell her, and she is still recovering from a terrible accident in which she was involved a year ago. But what happened before that? Jenna doesn't remember her life. Or does she? And are the memories really hers?
©2008 Mary E. Pearson (P)2008 Macmillan Audio
Science-fiction Santé, mode de vie et relations Science-fiction et fantasy
Afficher plus Afficher moins

Like most seventeen-year-olds, Jenna Fox is still trying to figure out who she is. Only she probably has more existential questions to deal with than most teenagers, because Jenna has just woken up from a year spent in a coma following a horrific car accident that nearly killed her, and she can't remember anything at all about her past or who she was. She has to rely on a bunch of videotapes recorded over the years by her parents to see for herself what she was like growing up, and she's not sure she can continue being the perfect and adored child she seemed to have been for the first 16 years of her life. Her grandmother Lilly seems to mistrust, even dislike her, though Jenna has no idea what she's done to deserve this cold reserve. Day by day, she begins to recover memories from her past, including some memories which she shouldn't have, such as when she was baptized when only a few months old. She's curious to know why they are now living in California when her and her parents had spent all their lives previous to a few weeks ago living in Boston, where her father is still working. Little by little, she recovers her memory, but still things don't seem to add up, and she isn't quite sure there is a connection between the Jenna before the accident, and the one who has woken up a year later. There's very little else I can say about this book without revealing a major spoiler.

A very well written story with an intriguing premise and and intelligent development which is suitable for young and old adults alike. It's a short novel to begin with, but I created lots of listening time and finished it in just two days because I was dying to know how things unfolded. Jenna Lamia, who narrates the audio version, is a great narrator and is convincing as a teenager with her girlish voice and the maturity she brings to the reading of a complex character. This is book is part 1 of a trilogy, but it's great as a stand-alone too. Definitely recommended.

I usually look forward to listening to a book during my commute, but, for whatever reason, I had to force myself to follow this one to the end. The narrator was good, the story made me think about what it means to be "human," but...I don't know...just couldn't get excited about it.

It took a little bit for the book to get started but then I warmed up to it. I never got really attached to the story or characters but I was curious enough to finish it. I'm glad I read it.

I loved the flow of the story, the way it was written from the perspective of Jenna Fox. Jenna Lima was spot on with the narration. I got this book in one of audible's first in a series sales, not knowing anything about it previously. I am so glad I got it. I truly enjoyed the story. Although I enjoyed the other books this is by far the best in the series.

This was a great book for my daughter and me to enjoy and discuss together. It is a typical "coming of age" story but it gets into so many ethical questions: from medical technology to a parent's expectations of her child.

Jenna Lamia is a fabulous narrator; we love her storytelling ability.

My only problem with this book was the playback, it cuts out too often. The story itself, the questions raised & the narrator were great.

I had to read this book for a school assignment because we were in our dystopian unit I’m not really into dystopian but it was a good book. it was interesting, it hooked me in some parts it made me wonder what was next. I would definitely recommend this for anybody who likes to read dystopian books

A very thought provoking story. I read this years ago in actual book format. When I realized there are sequels, I decided to read it again but have since lost the book. So now I have joined Audible. I listened to this entire story in 3 days. The narrator is great at doing the different voices. I knew immediately who was speaking by her voice. I thoroughly enjoyed this story for a second time. I am excited for the next installment which I will promptly add to my library when my next credit posts. Audible is my new favorite thing. Listening to a story is much better than scrolling Facebook. 😊

this story kept you engaged, it was captivating. there are a lot of twists and turns and the book kept you thinking. is the great read.

What a great story! I loved this book as did many of my middle school students! I love Mary's writing style.