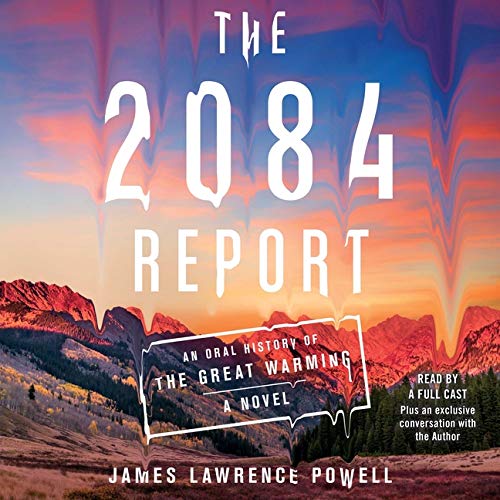 This vivid, terrifying, and galvanizing novel reveals our future world after previous generations failed to halt climate change - perfect for fans of The Drowned World and World War Z.

The year 2084: Global warming has proven worse than even the direst predictions scientists had made at the turn of the century. No country - and no one - has remained unscathed. Through interviews with scientists, political leaders, and citizens around the globe, this riveting oral history describes in graphic detail the irreversible effects the Great Warming has had on humankind and the planet.

In short chapters about topics like sea-level rise, drought, migration, war, and more, The 2084 Report brings global warming to life, revealing a new reality in which Rotterdam doesn't exist, Phoenix has no electricity, and Canada is part of the United States. From wars over limited resources to the en masse migrations of entire countries and the rising suicide rate, the characters describe other issues they are confronting in the world they share with the next two generations. Simultaneously fascinating and frightening, The 2084 Report will inspire you to start conversations and take action.

What in the great googlymooglys did I just listen to? First off the performances were terrible, the primary narrator sounded like a guy doing an old mans voice and badly at that,
The next issue was the far fetched nature of some of the assertions, they were so outlandish as to be laughable, The United States starts a "Racial purity program" to deport anyone with Mexican heritage seriously? I mean I understand our current political climate is funky but come on, this is so far fetched as to take away from the valid points the author is trying to make.

Oh did I mention, The United states then invades Canada? ya

...not by the Author. His voice is not one for the earnest Q and A format (perhaps it's better in the classroom or faculty meetings). It was good to hear some voices from World War Z; for some others, the readings were wooden (but not the piece regarding pets). Regardless, it's a story that needs to be told.