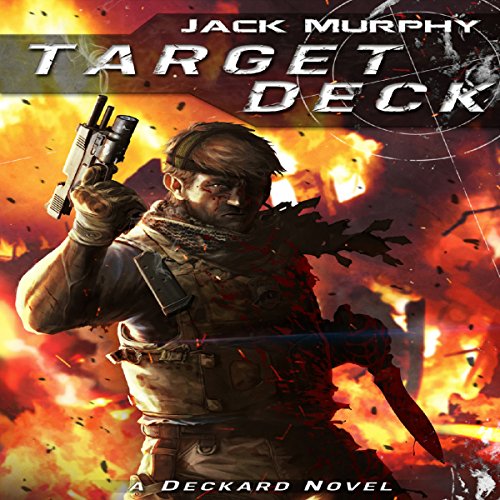 As a former special operations soldier, Deckard freelanced as a mercenary and got more than he bargained for. Now, as the commander of a private military company called Samruk International, Deckard finds work as Mexico begins its final descent into chaos.

Hitting the ground with a small recon element, he will first have to rescue a newly minted police chief named Samantha from the clutches of a drug cartel before blitzing across Southern Mexico. However, he can't do it alone. His success hinges on forging an unlikely alliance between Samruk International, Zapatista rebels, and the Central Intelligence Agency.

The Stewmaker. Captain Nemo. The Beast. These are a few of the human savages that Deckard and his mercenaries will have to trade fire with as they service one target after the next. But in the background, watching and waiting, is a far more dangerous threat. The Arab works behind the scenes, instigating conflicts and initiating one crisis after another. As Deckard follows the Arab's bloody trail, he finds that it leads north, into the very heart of America.

"I wrote this book to tell the story of modern-day counterterrorism and the dirty dealings of Mexico's drug cartels in the only way that it can be told at this point: as fiction. The concept of a group of American mercenaries going into Mexico to battle the cartels is a work of fiction, at least for now." (Jack)

Enjoyed listening to this on my drive. Better post production is needed because of mispronounced words.

Couldn't finish due to the narrator, who pronounces every silent and soft g's with a strong G. Also mispronounced to many words.

Great Book, but Narrator and Production are Subpar

Headline really says it all. At first I noticed the poor audio quality, especially a constant hiss. Then, I thought the narrator just didn't know much about the military, as he regularly either mispronounces terms or does not grasp military jargon. As just one example, .50 Cal is not "fifty cal," it is said ".5 cal." Then, I noticed it spilled over in to other words as well.