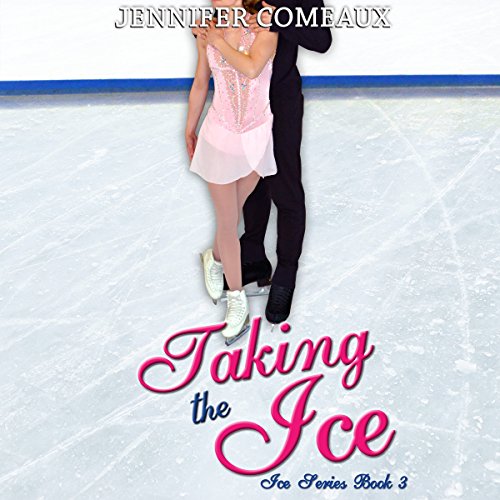 Olympic rings and an engagement ring.

Courtney Carlton is ready for both.

She and her boyfriend Josh have skated together and dated for four years, and they've reached a critical point in their partnership both on and off the ice. With the Winter Games coming up and their career nearing an end, they are fighting to win a spot on the Olympic team, something Courtney has dreamed of since she was 10 years old. She also has another wish she hopes comes true soon. She's waiting for a marriage proposal from Josh that she expected to happen by now. Will she realize either dream or will her heart be broken from disappointment?

BOOK 3 IS GREAT A SERIES CONCLUSION.

THIS STORY IS GREAT WELL WRITTEN AND EASY TO FOLLOW. IT'S VERY ENJOYABLE, FUNNY AND FULL OF GOOD HUMO AND SOME SUFFERING WITH RELATIONSHIP STRESS AND FAMILY DYNAMICS.

ACCEPT FOR TEENS AND MATURE AUDIENCES.

HEARTS ON THE ICE

A WONDERFUL SWEET CONCLUSION TO JOSH AND COURTS STORY! EMILY STOKES DID A WONDERFUL JOB WITH THE STORY AND THE ENTIRE SERIES!

The final book in the Ice Series by Jennifer Comeaux, was a loving conclusion to Josh and Courtney's story. The author did a great job with these characters, making me fall in love with them. Emily Stokes also did a beautiful job narrating. I couldn't have dreamed of a better match for this series. Looking forward to many more books from the both of them.