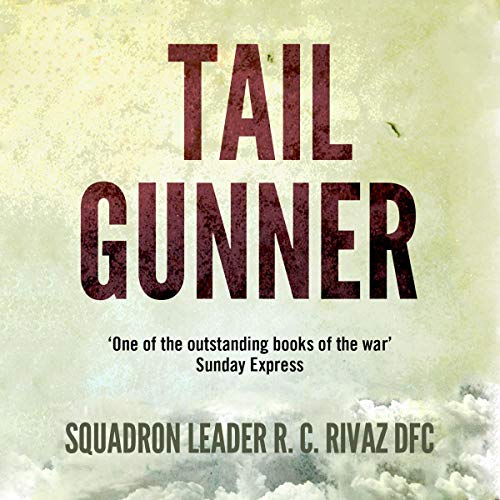 This gripping story of one man’s involvement in RAF Bomber Command’s fledgling offensive was first published in 1943.

Written only months after the events described, R. C. Rivaz provides a uniquely fresh and immediate perspective on some of the most harrowing episodes of the war.

He was tail gunner to Leonard Cheshire, one of the most famous RAF pilots of the Second World War, and flew in Whitleys with 102 Squadron and Halifaxes with 35 Squadron.

Rivaz describes his experiences of nighttime bombing attacks against heavily defended enemy targets like Duisburg, Dusseldorf, and Essen, recording in captivating detail the sights and sounds of these dangerous nighttime raids.

He describes equally well the color pallet of the setting sun from 15,000 feet and his turbulent mind-set as he prepares for each death-defying mission.

He relates a dramatic shoot-out with German fighters over La Rochelle in broad daylight and describes his near-death encounters with cool but honest detail.

Rivaz also describes two agonizing crashes over the sea, one occasion of which he waits nearly frozen for seven hours, buffeted by stormy weather in a rubber dinghy.

Tail Gunner is not only unrivalled in its immediacy and insight, but gripping and eminently listenable.