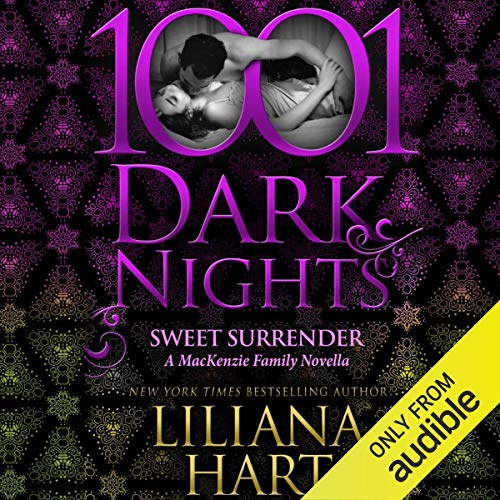 It's been 12 years since Liza Carmichael stepped foot in Surrender, but after her great aunt's death she has no choice but to return and settle her estate. Which includes the corner bakery that's been a staple in Surrender for more than 50 years.

After 25 years on the job, Lieutenant Grant Boone finds himself at loose ends now that he's retired. He's gotten a number of job offers - one from MacKenzie Security - but he's burned out and jaded, and the last thing he wants to do is carry the burden of another badge and weapon. He almost turns down the invitation from his good friend Cooper MacKenzie to stay as their guest for a few weeks while he's deciding what to do with the rest of his life. But he packs his bag and heads to Surrender anyway.

The only thing Boone knows is that his future plans don't include Liza Carmichael. She's bossy, temperamental, and the confections she bakes are sweet enough to tempt a saint. Thank God he's never pretended to be one. But after he gets one taste of Liza and things start heating up in the kitchen, he realizes how delicious new beginnings can be.

riviting,sexy,suspensful,grip your seat and leaves you wanting more and more. an absolute must listen to book.

This is a short novella taking place in Surrender, around the MacKenzie's series. It mostly stands on it's own with the exception of a few references to things not explained. The story starts out as mostly erotica but eventually the actual storyline takes more precedence.

If this was a movie it could easily be a comedy or a drama depending on acting.