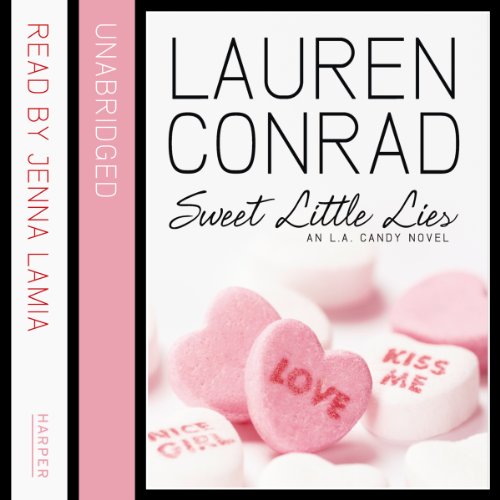 In TV star Lauren Conrad's deliciously entertaining novel about young Hollywood, the lies are only as sweet as the people telling them.

Jane Roberts was the average girl next door until she and her best friend, Scarlett Harp, landed their own reality show, L.A. Candy. Suddenly, they found themselves thrown into the public eye with VIP tickets to everything.

But the starlets quickly discover that fame goes hand in hand with scandal when Jane finds herself the centre of attention for all the wrong reasons. Even her relationship with Scarlett is threatened. Things go from bad to worse when Scarlett falls for a guy who is strictly off limits.

In reality TV, nothing stays secret for long, and with this entire drama L.A Candy's ratings rocket. The show is a bona fide hit - but can the girls stand another season in the spotlight?

I enjoyed LA Candy 1 and loved Lauren's narration. The narrator of this book sounds annoying and the storyline is not gripping at all. Too bad!