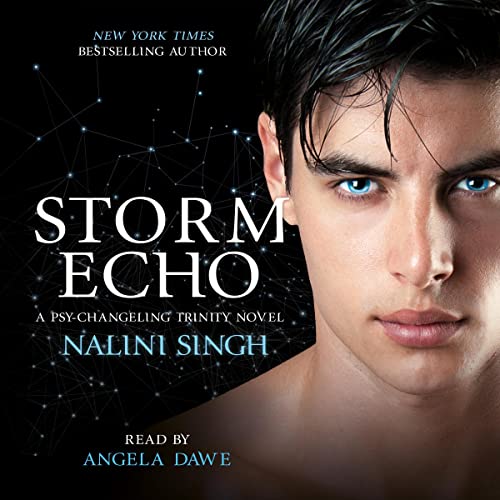 Silence has fallen. The Psy are free to feel emotion. Free to love. But Silence was never a prison for Ivan Mercant.

The biggest threat to his future lies dormant in his brain—a psychic monster that wants only to feed. And now, the brutal leash he's kept on that monster is slipping. He prepared for this day, for the end of Ivan Mercant...but that was before he met Lei.

As primal as she is human, this wild changeling brings colour into his life, laughter to his soul. Then the dream shatters in a rain of blood, in silent bodies in the snow. Lei is gone. Vanished without a trace...until Ivan meets strangely familiar eyes across a busy San Francisco street.

Soleil Bijoux Garcia is a healer who has lost everything. She exists in a world of desolate aloneness...until the day she finds herself face-to-face with a lethal stranger. The animal who is her other half knows this man, but her memories are tattered fragments. Sorrow and a need for vengeance are all that drive her. Her mission? To kill the alpha of the Dark River leopard pack.

But fate has other plans. Soon, a deadly soldier who believes himself a monster and a broken healer might be all that stand between life and death for the entire Psy race....

Love this latest story that invites you into the changling and psych world. Highly recommend.

It's easy to stay in Nalini's psy, changeling, human world, because it's not too far from the dynamics playing out across our human world in 2022 eg drug abuse, war, violence, adult decisions and behaviour causing trauma to children etc alongside of loving caring adults and families, cats, and dogs and power pats and purrs etc.

Ivan and Soleil are complete opposites - psy/changeling - and perfect for each other. They have both experienced childhood trauma, yet they both push through their fears for their HEA.

There's plenty going on in this story, and thanks to Nalini's vivid and creative imagination, I'm hoping there's plenty more to come.

Btw, I love Ina Mercant, she is the kind of grandmother I will become :-)