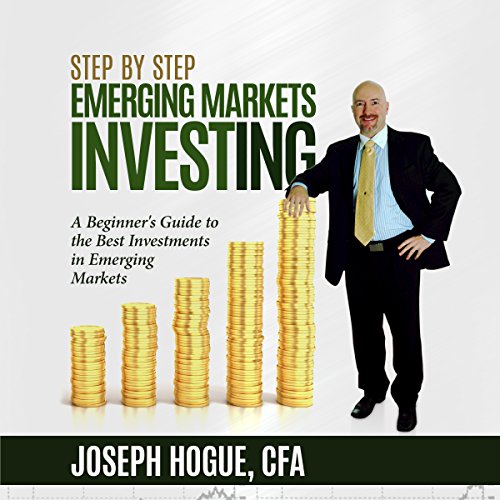 Your world is changing. In 1992, developed countries like the United States accounted for two-thirds of the global economy. By 2015, the percentage of the world economy from these countries had shrunk to less than half while Asia and Latin America had almost doubled their shares of the global marketplace.

The public debt of $16.3 trillion in the United States is now larger than the economy, and an aging population means economic growth will continue to slow. The days of parking your money in American stocks and enjoying a stable long-term return are over. Slowing economic growth in the developed world and huge demographic advantages in developing countries are shifting the landscape for corporate profits and stock market returns.

Being ahead of these changes means opening your investments to the regions and players that will benefit you most over the next several decades. Average investors hold just 3 percent of their portfolios in emerging market stocks. That will leave them dangerously behind the game as the world changes. Those investing in multinational US companies as part of their emerging-markets investments are in for a surprise. While US companies book nearly 40 percent of their sales overseas, less than half of it is from emerging markets.

The fact is that only direct investment in emerging-market stocks will provide the growth you need to meet your financial goals and reduce the risk of a stagnant economic picture in the United States.

But emerging-market investing is far from a smooth ride to higher returns. In fact the chronic cycle of boom and bust in emerging-market stocks means a rebalancing strategy is absolutely essential to keeping your gains. Step-by-Step Emerging Markets Investing is the only book to give you a detailed process for how to position your investments for the developing change.

Lots of insight. The book gave me a better feel of emergent market investing. Thank you for your servive. Siempre Fidalis.