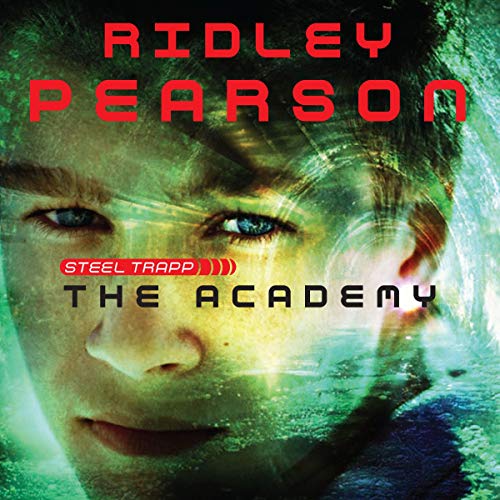 Steven "Steel" Trapp has been placed in an East Coast boarding school for gifted kids by his FBI agent father. He soon discovers that there's a clubby element of the faculty and upper classmen that is very secretive and protective. To his surprise, his friend Kaleigh arrives to board at the school, and it isn't long before the two realize that this is not your normal boarding school.

It seems a select few students are recruited, while still minors, to serve as special "translators" for the US Government. People - including diplomats and dignitaries - will say things around kids that they wouldn't otherwise dare speak outside of embassies. The willing student "agent" takes a semester abroad and ends up spying for his country.

But there are dark elements at play at the school. Foreign agents may have penetrated the school's secrecy and may have sleepers in place: kids spying on future kid spies. And there is conspiracy and competition among the elite faculty that threatens security.

As Steel and Kaleigh are recruited for their first test run - trying to break a ring of pickpockets in a Boston hotel - things go impossibly wrong. Betrayal and conspiracy cloud what should have been a straightforward assignment. And all too soon, their very lives are in danger.

This is a great story. The author gets in the mind of a boy genius rather well. The story is great for like ages 8-10 and up. So great book you should read/listen to this and the first book in the series, I promise you won't be disappointed.

Good but not credible

Steel and his friend Kaleigh end up at a high end boarding school that on the surface seems yet another snob school. But the two begin to realize that all the students have some kind of special gift and through some amateur sleuthing discover the school is a school of espionage. They get caught in their discovery and learn they have been selected for a special mission and their training begins. This is where the book loses credibility, even for a young adult. There is no way on the face of the earth anyone could suspend their belief system long enough to take seriously that two kids would be sent alone on the mission they are assigned to. There is too much contemporary realism in the environment to support that kind of fantasy and this is where Pearson fails to be consistent in the writing. Nevertheless, even as an adult reader, the book was good enough for me to finish and I would recommend to young teens as a fun, quick read. The characters are fairly well developed. The "young love" theme plays out according to the normal teen life cycle. The special gifts the kids have are rare, but do exist in people. The narration is fine. There is no graphic violence or sex, which make the book a PG read for teens, which parents might find inviting. It is well written and the plot flows through to the end without without stranded story lines.

Great, but not as good as Kingdom Keepers

This was a great book and part of a wonderful series. I would compare it to a more youthful version of the Alex Rider Series. However, the Author did a much better job with the Kingdom Keepers Series.