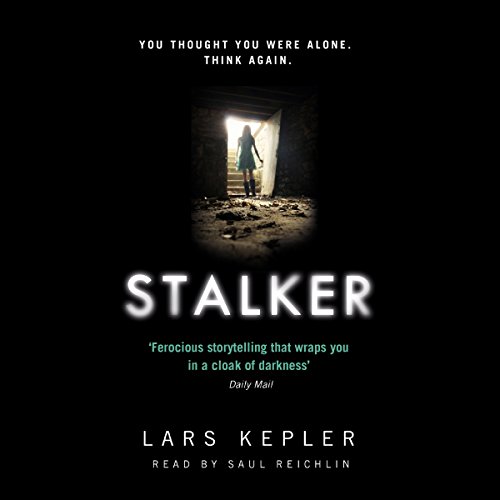 A video clip is sent to the National Criminal Investigation Department. Someone has secretly filmed a woman through her window from the garden. The next day she is found dead after a frenzied knife attack.

The police receive a second film of another unknown woman. There is no way of identifying her before time runs out. When her husband finds her, he is so traumatised that he cleans the whole house and puts her to bed. He may have seen a vital clue but is in such an extreme state of shock that the police are unable to question him. Psychiatrist Erik Maria Bark is called in to hypnotise him - but what the man tells him under hypnosis leads Erik to start lying to the police.

Praise for Lars Kepler: "Kepler's plots are always thrilling, but The Sandman is one of the most hair-raising crime novels published this year." ( The Sunday Times)
"Hurtles along...full of nuanced detail which sets it far above the average thriller.... You'll be terrified." ( Evening Standard)
"Taking Europe by storm...ferocious, visceral storytelling that wraps you in a cloak of darkness." ( Daily Mail)
"Deeply scarifying stuff." ( Independent)
"Kepler has a direct line to a very dark place in the human soul." (Lev Grossman, Time)

The narrator made a hell of a good job. He managed to drag me into the narrative. Can't wait for listening to an other book by Kepler.

Complicated plot, but superficial characters and more action than reflection. Action is too stretched out and oftentimes not very credible. Does not compare to Jo Nesbø. Clear voice with good intonation.