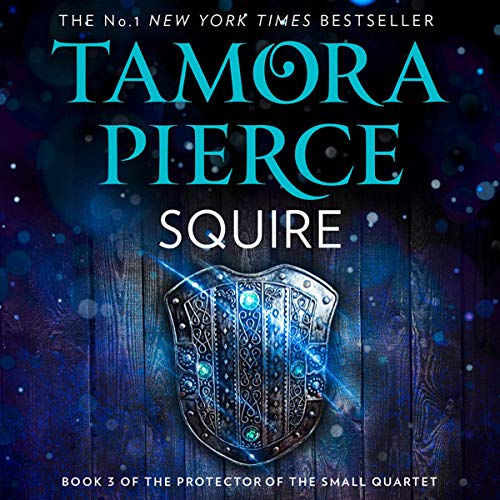 Being the first is the last thing they expect of you.

The adventure continues in book three of the New York Times best-selling series from the fantasy author who is a legend herself: Tamora Pierce.

Keladry of Mindelan dreams of becoming squire to the famous female knight Alanna the Lioness, but she worries that she will not be selected by her hero - perhaps not by any knight master. When Kel is picked instead by the legendary Lord Raoul, the unexpected honor shocks her enemies across the realm.

Kel must quickly prove herself up to the task, mastering her fighting and leadership skills while discovering what it takes to be part of the royal guard. A new romance is blossoming as well, bringing with it the rush of first love and the unexpected challenges of balancing knight work and a relationship. All the while, Kel prepares for her biggest fear: the infamous “Ordeal”, the last challenge that stands between her and knighthood.

In a landmark quartet published years before its time, Kel must prove herself twice as good as her male peers just to be thought equal. A series that touches on questions of courage, friendship, a humane perspective - told against a backdrop of a magical, action-packed fantasy adventure.

"Tamora Pierce didn’t just blaze a trail. Her heroines cut a swath through the fantasy world with wit, strength, and savvy. Pierce is the real lioness, and we’re all just running to keep pace." (Leigh Bardugo, number one New York Times best-selling author)

"Tamora Pierce creates epic worlds populated by girls and women of bravery, heart, and strength. Her work inspired a generation of writers and continues to inspire us." (Holly Black, number one New York Times best-selling author)

"Tamora Pierce’s books shaped me not only as a young writer but also as a young woman. Her complex, unforgettable heroines and vibrant, intricate worlds blazed a trail for young adult fantasy - and I get to write what I love today because of the path she forged throughout her career. She is a pillar, an icon, and an inspiration." (Sarah J. Maas, number one New York Times best-selling author)