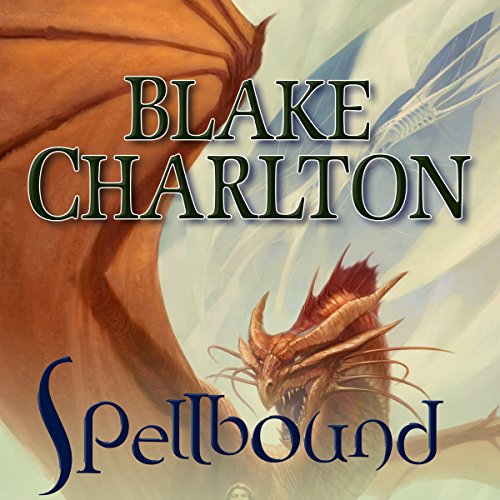 In a world where one's magical prowess is determined by one's skill with words and ability to spell, Nicodemus is a wizardly apprentice afflicted by a curse that causes him to misspell magical texts. Now the demon who cursed him has hatched a conspiracy to force Nicodemus to change language and ultimately use it to destroy all human life.

As Nico tries to thwart the demon's plan, he faces challenges from all sides. But his biggest challenge is his own disability, which causes him to create chaos wherever he goes. And the chaos surrounding Nico is affecting the world so profoundly that the kingdom to which he has fled to gather strength is on the brink of civil war, and he suspects that his closest allies - even Francesca, whom he loves more than life itself - may be subject to the demon's vast powers. As Nico tries to forestall the apocalypse, he realizes that he doesn't know if he can fully trust anyone, not even the woman he loves. And if he makes one wrong move, not only will his life be forfeit, but he may end up destroying all mortal life as well.

Introducing new twists to the unique magical system of Spellwright, and exploring issues that will bring listeners a deeper appreciation of a fascinating world, Spellbound is sure to please Blake Charlton's fans and increase their number. Spellbound is a Kirkus Reviews Best of 2011 Science Fiction & Fantasy title.

I read Charlton's first two books several years ago. It's been great hearing the story again. Can't wait to dive into the next. Write more books please!

I know I gave it three stars but only because I guess I am not the intended audience. If listening about the exciting world of paragraphs and nouns, verbs, etc., is your cup of tea then by all means buy this. I didnt like the story, or the narrator.