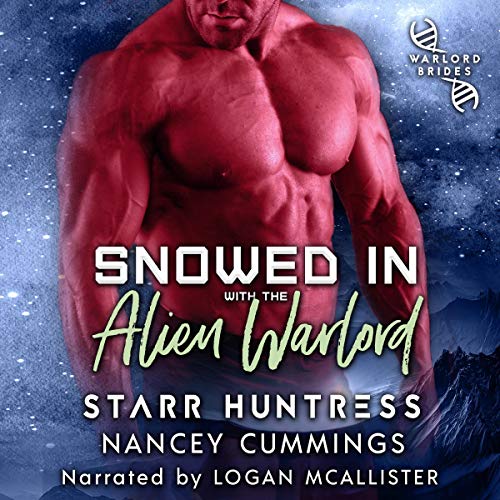 Snowed In with the Alien Warlord

Snowed In with the Alien Warlord

You can’t trust an alien.

Penny is having the worst year. First, the pretty lizard aliens show up and start murdering people. Then, the “good aliens” arrive and claim they’ll defend Earth and save humanity...for a price. She knows a protection racket when she sees one.

And the price? Married to an alien? No, thank you.

Kol has one mission: destroy the Suhlik. He’s not interested in this new planet, Earth or the strange soft-skinned inhabitants. On a scouting mission, he catches the luscious scent of his mate and must find her in the rubble of a ruined city and bring her to the safe zone.

When Kol is wounded protecting Penny, she just can’t leave him to freeze to death in a blizzard. Besides, no one is asking her to marry him, just keep him from becoming a Popsicle. She doesn’t trust him, and all this nonsense about being his mate could be hypothermia talking.

The more time she spends with the brawny alien warrior, the more she can’t deny the heat between them. Once she is safe in his powerful embrace, being married to an alien is looking better by the minute.

I forgot how much I enjoyed this story. I love the characters. And even though it’s shorter there’s a feel to it of being a full length novel. I enjoyed the narration. I hope this series continues to be released in audio format.