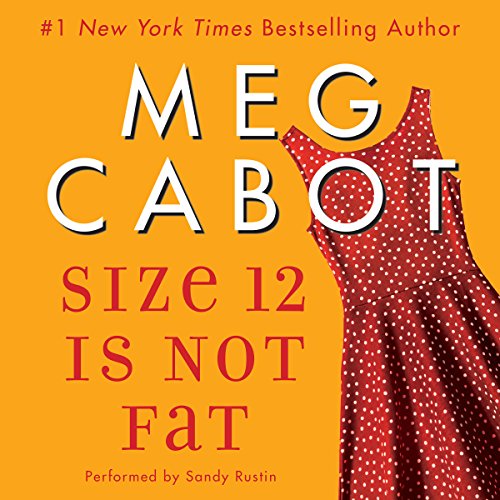 Or, at least, she did. That was before she left the pop-idol life behind after she gained a dress size or two - and lost a boyfriend, a recording contract, and her life savings (when Mom took the money and ran off to Argentina). Now that the glamour and glory days of endless mall appearances are in the past, Heather's perfectly happy with her new size 12 shape (the average for the American woman!) and her new job as an assistant dorm director at one of New York's top colleges. That is until the dead body of a female student from Heather's residence hall is discovered at the bottom of an elevator shaft.

The cops and the college president are ready to chalk the death up as an accident, the result of reckless youthful mischief. But Heather knows teenage girls, and girls do not elevator surf. Yet no one wants to listen - not the police, her colleagues, or the PI who owns the brownstone where she lives - even when more students start turning up dead in equally ordinary and subtly sinister ways.

So Heather makes the decision to take on yet another new career: spunky girl detective! But her new job comes with few benefits, no cheering crowds, and lots of liabilities, some of them potentially fatal. And nothing ticks off a killer more than a portly ex-pop star who's sticking her nose where it doesn't belong.

I had no idea this author usually wrote young adult fiction, and once I learned that, it all made so much more sense. If you have any life experience whatsoever, move on. This is clearly meant for young women who want a "relatable" but incredibly insecure character who doesn't know or trust herself. I found it pretty eye-roll worthy most of the time. The very idea that someone is a size 12 because they are too lazy to stand up in a shower? This has to be written by a skinny person.

SEE A MAN ABOUT A HORSE

That euphemism is used wrong in the book. It’s a book about a 28yr old former tween pop star. The story is interesting but the book is only going to appeal to teens. This 28yr old woman acts like a teen herself.

Where does Size 12 Is Not Fat rank among all the audiobooks you’ve listened to so far?

I was delighted with this book. Heather is a likable character and the mystery is woven in a clever way. This is written for young adults, but I am well beyond that and the writing and dialog was delightful for those who are only young at heart.

What was one of the most memorable moments of Size 12 Is Not Fat?

Without giving anything away, there was a thrilling elevator rescue.

Which character – as performed by Sandy Rustin – was your favorite?

This book is Fun and full of mystery

Not my kind if book

I loved how relatable Heather was. but I am not a huge fan of mysteries. Was recommended to me.

Best Narrator for the Story

I loved the narrator for this audiobook. She has a sweet, upbeat and perky pop star voice. She also does other characters in the book really well. She doesn’t fall too in to character that you get side tracked with the voice change.
The story is great! Very fun.
Heather is a young and fun character that is very relatable. In romance and the workplace she has the genuine struggle that most women have.
The story ended a bit quickly with the last three chapters somewhat meshing into one another, but there are no cliffhangers.
The story ends well enough that you can be satisfied with this book, or move on to the next, which I plan on doing.

Not the original Release :(

I was very excited to the see the audio book version of this book, i heard it when i originally borrowed if from my public library and loved it. I was disappointed to see it had been rerecorded and that Sandy Rustin was narrating. I understand wanting a consistent voice, but she's just not good in this story.

Size 12 Started very slowly. Once the story picked up, it was great. Will read next in series

I'm a bit dumber for listening...