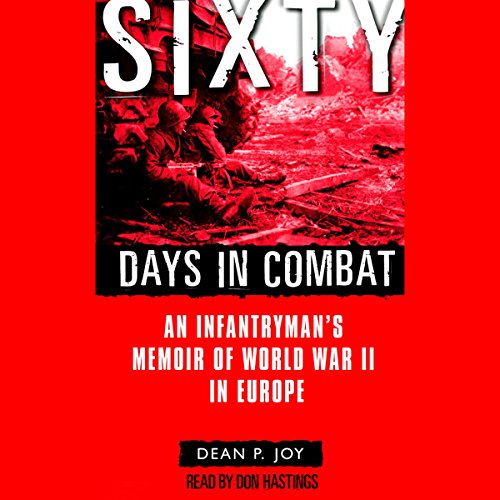 “The infantryman’s war is... without the slightest doubt the dirtiest, roughest job of them all.”

He went in as a military history buff, a virgin, and a teetotaler. He came out with a war bride, a taste for German beer, and intimate knowledge of one of the darkest parts of history. His name is Dean Joy, and this was his war.

For two months in 1945, Joy endured and survived the everyday deprivations and dangers of being a frontline infantryman. His amazingly detailed memoir, self-illustrated with numerous scenes Joy remembers from his time in Europe, brings back the sights, sounds, and smells of the experience as few books ever have. Here is the story of a young man who dreamed of flying fighter aircraft and instead was chosen to be cannon fodder in France and Germany... who witnessed the brutality of Nazis killing Allied medics by using the cross on their helmets as targets... and who narrowly escaped being wounded or killed in several “near miss” episodes, the last of which occurred on his last day of combat.

Sixty Days in Combat re-creates all the drama of the “dogface’s” fight, a time that changed one young man in a war that changed the world.

a really good book. this book takes you through 60 days of this man's combat with lots of good detail.