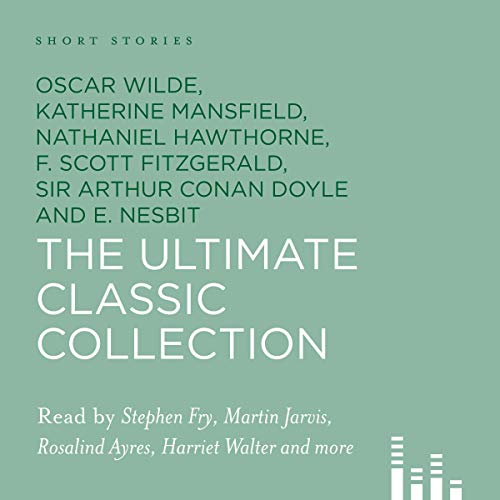 The Ultimate Classic Collection is drawn from our extensive back catalogue of over 300 short stories and showcases some of the finest examples of the genre: from romance to horror, detective and crime stories to the best of women's writing.

The stories in this superb collection are as follows:

I find this book fascinating. There is Drama, Mystery, History, a little of comedy, one story,"The Cat Who Walked By Himself" by Kipling is so full of imagination it is unbelievable. I have listened to it many times and am not tired of it yet.The reader did an excellent job, also. The only story I had read previous to acquiring this one is Poe's "The Black Cat". The other stories in the book are not the mainstream that you see everywhere, Like "The Girl from Arles"-or at least I had never read it before. This book was well worth the effort to get it and continues to entertain me.