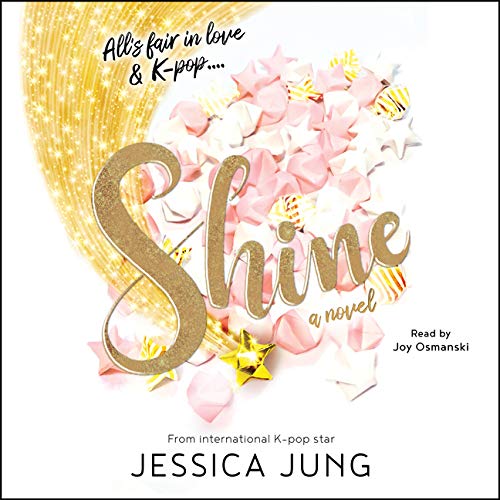 Crazy Rich Asians meets Gossip Girl by way of Jenny Han in this knock-out debut about a Korean American teen who is thrust into the competitive, technicolor world of K-pop, from Jessica Jung, K-pop legend and former lead singer of one of the most influential K-pop girl groups of all time, Girls Generation.

What would you give for a chance to live your dreams?

For 17-year-old Korean American Rachel Kim, the answer is almost everything. Six years ago, she was recruited by DB Entertainment - one of Seoul’s largest K-pop labels, known for churning out some of the world’s most popular stars. The rules are simple: Train 24/7. Be perfect. Don’t date. Easy, right?

Not so much. As the dark scandals of an industry bent on controlling and commodifying beautiful girls begin to bubble up, Rachel wonders if she’s strong enough to be a winner or if she’ll end up crushed...especially when she begins to develop feelings for K-pop star and DB golden boy Jason Lee. It’s not just that he’s charming, sexy, and ridiculously talented. He’s also the first person who really understands how badly she wants her star to rise.

Get ready as Jessica Jung, K-pop legend and former lead singer of Korea’s most famous girl group, Girls Generation, takes us inside the luxe, hyper-color world of K-pop, where the stakes are high, but for one girl, the cost of success - and love - might be even higher. It’s time for the world to see: This is what it takes to shine.

I consider it a chick-lit for K-POP fans. Love it! Well done Jessica, and the narrator too!

Stick with it, even during it's cheesy moments.

This book is the clash between the K-pop fantasy and the dark human reality.

Would Recommend for New Fans, A Little Disappointed As Old Fan

The narration is good I like her emotions and stuff. Her Korean is a little bit hard to understand but it’s okay. The narrator did a very good job. Story wise, Jessica did a really good job on shining the lights on the Kpop industry; the nature of this industry and what is demands of you as well as the uncertainty the you feel during trainee days. It’s perfect for most Kpop fans. But for me since I know about how hard being a Kpop star or trainee is, it was a little disappointing and it’s mainly because I expected more from this book. More competitions and all but all I can feel from this book is fantasies, with the super unrealistic schools and events, and teenage romance, a cringe one at that too. I do recommend this books to new Kpop fans and no offense but the toxic fans as well so that they know what Kpop trainees and Stars go through. I love Jessica and I hope her next book will be better.