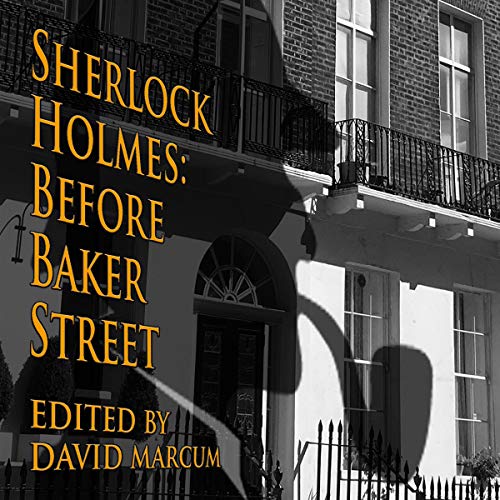 "221b Baker Street"! Just the mention of those words is enough to suggest mystery and adventure and heroism. Over many years, this humble London address was the destination of so many people - clients and policemen, the rich and the poor, those needing help and those with a secret. This famed location is known all over the world, for it’s the one most associated with the legendary...Sherlock Holmes!

But there was a time before Sherlock Holmes moved to Baker Street, before his fame had grown, when he was still learning his craft and struggling to create his unique profession - the first of its kind - consulting detective!

Join some of the finest Sherlockian writers as they explore those early days before Baker Street. Hear about when Holmes was still a boy learning from his older brother, Mycroft, or later, when he had moved to London, living in Montague Street, just 'round the corner from the British Museum, waiting for the next adventure to begin....