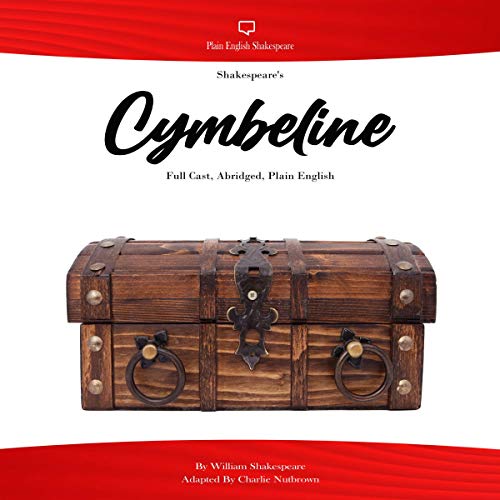 This is an adapted version of William Shakespeare's Cymbeline. It is abridged and in plain English rather than full Shakespearean language, which can be complex for some. Cymbeline is sometimes known as Cymbeline, King of Britain or The Tragedie [sic] of Cymbeline, or the early Celtic King of Britain as vassal of the Roman Empire - Cunobeline.

Most position Cymbeline as a tragedy, though others consider it a romance or possibly a comedy. It is believed to have been written in the early 1600s. The romance features the king's daughter, while the Queen plots, and the king's sons were believed lost decades ago as infants. During all this intrigue, the Cymbeline also manages negotiations with the Roman army. Historically, Cymbeline was among one of Shakespeare's more popular works, though has more recently lost favor despite containing many core Shakespearean themes. Some regard the plot as too complex.

This version is adapted by Hazel Jeffs, offering an engaging retelling of this classic tale.