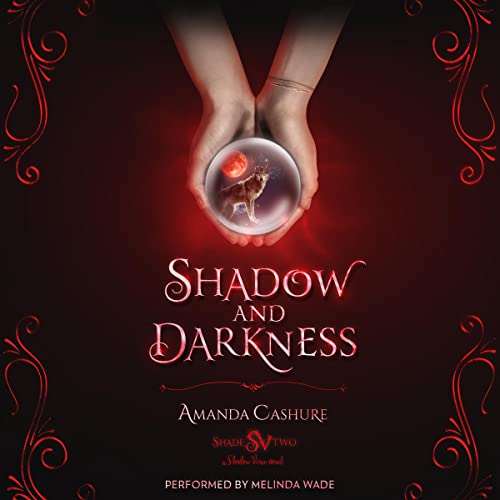 A bubble to break.

And secret past to uncover.

An infuriating mortal female with a deathwish.

Shadow and Darkness, the dual-perspective sequel to Shadows and Shade, immediately continues Shade’s adventure, bringing us out of the White Castle, through the depths of the forest, and into Silvari civilization to figure out how she can burst the bubble that keeps her tethered to the alluring brothers.

Commander Pax is fighting the instincts that scream Shade is his regardless of what he’s decided is best. Roarke, a master of manipulating others’ desires, is finding that his own are actually the hardest to resist. Seth, the trickster, is always ready to make someone laugh or smile, but he’s finding that there are other things he’d rather do with Shade. Killian is seeded with a power and hunger that makes him a threat to others, but his dangerous darkness is inexplicably drawn to Shade despite the risks.

With all the other threats they need to overcome, will the brothers be able to withstand the temptation of a simple mortal girl?

The Shadows and Shade series features a slow burn Why Choose romance.

I am so glad the second one came out as well. Ready for the next one! I wrote a long review in the first book but I just needed to come back and say I love this story so much have read them twice and listened to both of them as soon as they came out. So good, give it a try!