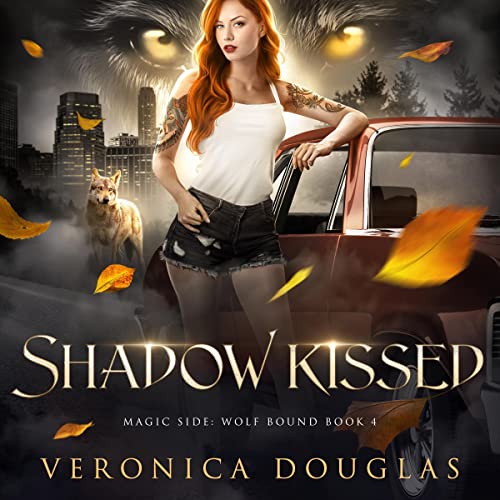 I released the Dark Wolf God. Now he’s using me.

Last week, I defeated a monster hell-bent on killing us all. I thought I was stopping a prophecy, but it turns out, the dark omens were about me all along.

Now I’m destined to steal the souls of the pack—my pack—and help the Dark God bring destruction down on the world. Jaxson Laurent, my fated mate, is determined to help me fight back, but what if he has to choose between me and his wolves?

The Dark God is beginning to take control of me, and unless I can heal the wound in my soul, I won’t be able to resist his call. Worse, if I can’t heal the centuries-long blood feud between my family and the pack, our city won’t be able to stand against his wrath.

Unfortunately, my only choice may be to betray them all and do the one thing Jaxson may never forgive me for. It seems my destiny is to destroy everything I love.

The fates have a wicked sense of humor.

Good thing I’ve never been one who follows the rules.

The epic conclusion of the Wolf Bound series.