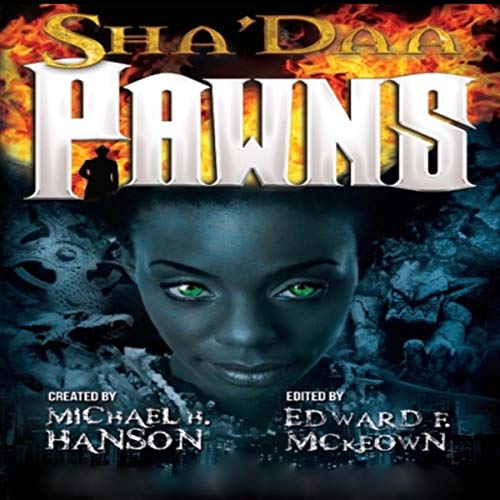 Once every 10,000 years, the walls between worlds grow thin. The stars align, and Hell is close. It is the time of the Sha'Daa. The hordes of Hell are about to ride out upon mankind; the forces of evil are trembling with eagerness at the doors of our dimension.

Oh, wait a minute.... Actually, they’re not all eager. Some have become members of the Elks, or are involved with a fun crowd at the local high school (though, granted, they’re drinking the cheerleaders’ blood. Not enough to do any real harm). Others are tied up doing custodial work with incredibly annoying chipper young assistants. And there’s a blood diamond mine in Africa that’s perfectly hellish enough without demons getting into the act.

Aliens and time travelers are frantically trying to get out of Dodge, not least by buying help at a certain centuries-old Afro-Celtic swap and barter shop in Ireland. And the mysterious master of the deal, Johnny the Salesman - what’s his part in all this?