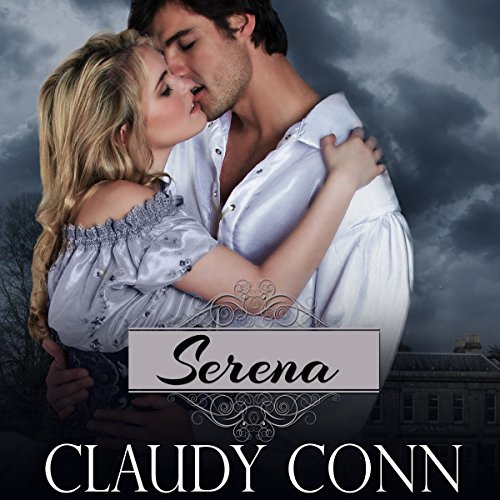 Witty and refreshingly candid, lovely Serena has been capturing hearts young and old alike. Her guardian uncle worries, though, that at 23 she will soon become a spinster. He wants a better life for her than that, but she doesn't want to make a match without her heart being in it.

And none of the men courting her have touched her heart - not Warren, the old friend who woos her even as he eyes other women; certainly not Eustace, the minister concerned more with appearances than compassion; not even Freddy, perhaps the most ardent of her suitors but at 19 still a puppy.

Then Freddy's uncle, the handsome Lord Pendleton, arrives to extract his nephew from the woman he expects Serena to be - one interested only in wealth and a title. When he refuses to believe that, far from trying to ensnare Freddy, she has been urging him to return to Oxford, her ire gets the better of her. She decides to let his lordship stew in his own juices. And when it becomes clear Lord Arrogant's plan is to get her to change her course from Freddy to himself, feisty Serena sets her own course.


This is only the second book I have listened to written by Claudy Conn, but I enjoyed Serena even more than the first, which I found engaging. I have added a couple more of her books to my wish list. I really like her writing style. I like the way she defines her characters personalities, as well as their appearance. You feel like you have been picked up and set into the scene she is describing.

It is hard to find an author with fresh ideas for those of us that read/listen to several books per month, but "Serena" fits that category. I didn't want to put it down, so to speak, and listened to it straight through.

The book is about the adventures of a beautiful unconventional lady; who, at the age of 23, was being pressured to choose a man to marry from her numerous suitors. Serena refuses to marry without love.

Freddy, one of Serena's suitors, is a wealthy, titled young man of 19. He tells his mother he is going to marry Serena. Upset that her son is considering marrying an "older woman" and refusing to return to University she asks her brother, Lord Pendleton, Freddy's uncle, to investigate the woman and talk some sense into her son.

For Serena, it is love at first sight when she meets Lord Pendleton, although she doesn't recognize the feeling. For Lord Pendleton plan "B" in rescuing his nephew is to turn Serena's attention away from Freddy to himself.

The story includes love and romance, murder and mayhem and theft of a gold shipment.

This was my first time to hear Mary Sarah Agliotta read, but she gave a noteworthy performance.

The story was not at all memorable for me. Parts of the plot were similar to a Georgette Heyer novel called Faro's Daughter, at least as far as the uncle thinking the heroine was after his nephew, but this book was nowhere near as well written. There was no progression of feelings for characters that were supposedly falling in love....one minute they weren't, and the next, they were.

But the real downside was the narrator. I don't know why producers can't get English people to narrate English characters. This one was so obviously faking a British accent, and doing a terrible job of it. If the number of pronunciation mistakes she made weren't so frequent, it wouldn't have been so bad. But she made a LOT of them. When she said, instead of "beat of her heart", "bee-at of her heart", I couldn't believe it! Horrible Cockney accent as well - certainly not like any other Cockney accent I have heard before. Very poorly done....and distracting. Probably better to read the book instead.

Bottom line....I thought it was so-so at best, and will probably not buy another by this author - I just don't understand the high rating. There are certainly much better HRs out there. And I will avoid this narrator like the plague!

Enjoyable but not terribly memorable

I enjoyed reading the book and felt the plot was interesting enough but I gage books by how eager I am to find out what happens next. The book I enjoyed but did not hurry through. Hard to explain it but although enjoyable, it was not a super gripper for me.

Would you consider the audio edition of Serena to be better than the print version?

Its nice hearing the book in audio. it brings it more to life and i didn't tgink that
was possible.

Thst fact that Sarena wanted to wait for love, instead
of just marring anyone.

What does Mary Sarah Agliotta and VOplanet Studios bring to the story that you wouldn’t experience if you just read the book?

If you could sum up Serena in three words, what would they be?

This is my first audiobook and I must say I love it!! Claudy Conn is one of my favorite authors. Serena is an amazing read AND listening to it was a treat! Will definitely be downloading more from Claudy Conn.

Have you listened to any of Mary Sarah Agliotta and VOplanet Studios ’s other performances before? How does this one compare?

You can never go wrong with Claudy Conn!

If you could sum up Serena in three words, what would they be?

What was one of the most memorable moments of Serena?

She always did what her heart told her to do no matter the danger!

Have you listened to any of Mary Sarah Agliotta and VOplanet Studios ’s other performances before? How does this one compare?

Yes when Daniel misjudges her and doesn't have enough faith in her love, so that made me very upset as well because I could relate. Then what made me laugh was when Daniel beat up the reverien because he deserved it for slapping Serena!

I thought this was a very inspiring and wonderfully written story and I enjoyed reading it very much. I just love author Claudy Conn's writing skills and wonderful imagination for creating such wonderful stories for her reader to read. I would recommend her books for others to read for they are such great reads and once you grab one of her books you won't want to stop!

I would definitely recommend this book. Claudy's books are all unique in their own right. She knows how to put a story together and make you fall in love with the characters.

What about Mary Sarah Agliotta and VOplanet Studios ’s performance did you like?

She knew how to read the characters.

The whole thing moved me. I love these characters.

Loved it for the second time..

This is one of those books that's real close to either loving it or hating it, and only a little in-between. I actually loved everything about it. I absolutely loved Serena's personality and sense of adventure. I loved Daniel and his confusion about what was going on between Serena and his nephew Freddie. And I love, love, loved Freddie. The voice the narrator gave Freddie was just fabulous, always so full of life and child-like excitement. I loved that it wasn’t just a silly love story that went on and on and went nowhere. It had robbery, treason and murder in it, so there was something to look forward to other that another misunderstanding, and a whole lot more angst. Oh, there was angst in this story but there was something more than that, too.

There was one explicit sex scene in this and no swearing.

As to the narrator: As long as a narrator can make men sound like men and reads with such emotion you really can’t complain. Even if a female narrator reads like a robot I can overlook that as long as her men sound like they should. And Mary Sarah Agliotta’s men definitely sounded like men, so I’m happy with the book.

started out a very enjoyable read but.....

But I can't understand why a writer presents a wise beyond her years sensible and wonderful heroine then to continue controversy I suppose has that same savvy intelligent character make the dumbest decisions and assumptions. creating bad situations and relational dynamics that a simple word or two of communication would solve. a communication that any normal person would have made under the same circumstances. I found myself so infuriated I could not continue the book, though I was more than halfway through it and wanted to know what would happen next. Sorry mega dumb leading ladies sours the read for me. Great narration however, Ms. Agliotta is as usual without peer in her excellent narration.

What made the experience of listening to Serena the most enjoyable?

the story is so good and a joy to listen to

Which character – as performed by Mary Sarah Agliotta and VOplanet Studios – was your favorite?

Serna she cam alive with the narration

Caludy Conn has written a story MADE to be listened to