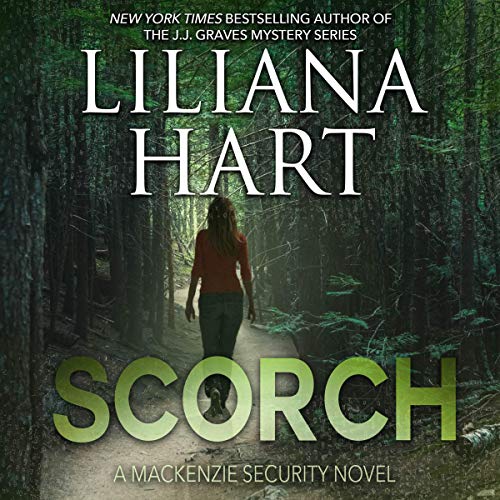 Shane MacKenzie's life has been turned upside down. He's lost his command, his identity, and his will to live. He's a dead man walking, and the only thing that makes waking up in the morning worthwhile is knowing he'll come head-to-head with the one woman who gets his blood moving.

Doctor Lacy Shaw spent years as a medic on the battlefield. She's seen things that can never be erased from her memory, and when Declan MacKenzie gives her the opportunity to work for MacKenzie Security, she decides any job has to be better for the body and soul than watching soldiers die in a war zone. That's until she meets Shane MacKenzie and realizes she's never fought so hard for one person to live.

I didn’t realize how invested I’d become in this family until I found myself crying at the death of the family Matriarch. I’ve truly enjoyed this series

Would you try another book from Liliana Hart and/or Noah Michael Levine?

I have been Liliana Hart fan from the beginning, first MacKenzie books were real treat - advetures, hot, sizzling and sexy!relistening /rereading worthy. Reading this one passion ,adventure and actuall story seem nonexsisting, except one surprise in the end, that is shocking and unexpected. It seems this book is out just becose author has a contract, that this book has to come out. First of all - when Shane in chapter 2 drives in to town Marnies photography studio is already in Surrender, but in Book Trouble maker (10,5 Mackenzie) she comes back to town to open studio after Shane is already injured (??????) first 6 chapters of the book is almost Copy paste from Sins and scarlet lace ( Declans book) very dissapointed, really not even credit worthy.

Has Scorch turned you off from other books in this genre?

If you could play editor, what scene or scenes would you have cut from Scorch?

Finally, Shane's story. Seems like it has been coming forever. There is quite a bit of repeat in order to make it stand on it's own. I also realize there was some time between stories so the reminder can be good.

Lacey is a perfect partner for Shane. Her strength through Shane's recovery kept him doing and doing. I liked how Lacey's life outside of caring for Shane was also prevalent. Although the ending wasn't a 'happy' one, things like this happen as well. Sorry, i'm not telling you what happens,read it for yourself.

I love the whole series.

Being a patriotic person which I am, I have read many books regarding heroic men & women. I can tell that the storylines of each of these books were researched & thank you for a wonderful group of characters that a person can love & admire.