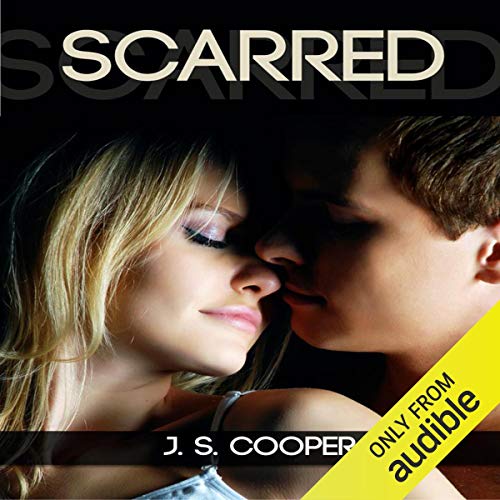 Sometimes the deepest scars are the ones you don't see. Everyone in Jonesville thought that Bryce Evans had the perfect life in high school: he was the Mayor's son, the quarterback for the football team, the boyfriend of the head cheerleader and had a 4.1 GPA. His acceptance to Notre Dame came as no surprise but when he chose to enlist in the Marines instead, everyone was shocked.

Lexi Lord was the quiet girl in school and kept to her small group of eccentric friends. She had no connection to any of the popular kids except for one incident on prom night when her path crossed with Bryce's. When Bryce enlisted, Lexi was the only one that wasn't disappointed and decided to send him anonymous letters as a way to feel connected to him. She stopped after a year because she felt there was nowhere for their relationship to go.

Fast-forward four years and Bryce is back in Jonesville and once again he and Lexi cross paths. Only he's no longer the seemingly perfect man and Lexi's no longer the quiet girl. This time, their relationship is quite different but both of them have secrets from the past and friends that threaten to ruin their chance at happiness together.

This is J.S. Cooper's early books and seemed to have been written to a younger audience.

Lexi and Anna learn that Bryce is back from the Middle East after being gone to war for two years. Lexi had been writing to Bryce religiously and suddenly stopped without any apparent reason. Anna is Lexi's best friend and is aware of the letters and wants to know if Lexi will tell Bryce about the letters. Lexi was signing the letters "a friend" and used a P.O. Box.

We learn that Lexi has been pining away for Bryce all through high school. Bryce was her savior one evening when his best friend, Eddie, took Lexi on a date and attempted to rape her.

There are secrets behind everyone's story. How do Bryce & Lexi meet again? What did Bryce know about the rape? What kind of friend is Anna?

This book ends on a cliffhanger.

I don't usually write reviews but I think it's important to know that while listening to this book it seems that no one bothered editing it at all and all the mistakes that the excellent narrator made are all left in the recording which is completely absurd.

To bad this book left me hanging as will delete the other book by this author I have in my wish list. What in the heck is wrong with completing a book? All these cliff hanging books do is make me mad!!! Too bad so sad J.S. Cooper you lost a possible fan!

I am in not urgent desire to see wherecthibg go. The narrator was blah. There was no clear distinction in the voices given to the characters. I was disappointed. The story itself was just okay.

The story was okay. The narrator has a pleasant voice BUT she didnt really try to distinguish between male and female chacters. At times I didnt know who was speaking. Huge cliffhanger.

The The narrators voice too monotone. The main characters are so selfish. I couldn’t move on to the next book.

For honest review. This story was of friendships , love, mistakes, heartache , and if growth . I found this story of life well written.