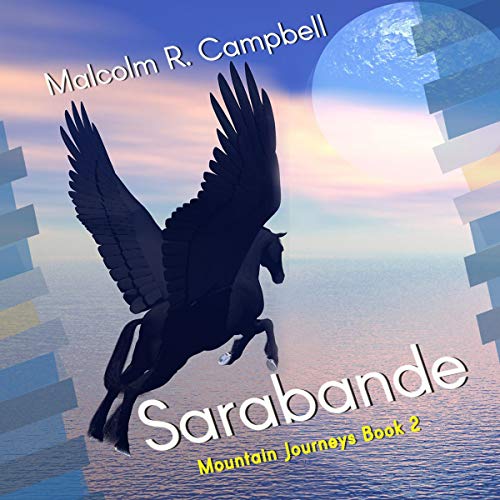 When Sarabande's sister Dryad haunts her for three years beyond the grave, Sarabande begins a dangerous journey into the past to either raise her cruel sister from the dead, ending the torment, or to take her place in the safe darkness of the earth.

In spite of unsettling predictions about her trip, Sarabande leaves the mountains of Pyrrha and Montana on a black horse named Sikimí, and heads for the cornfields of Illinois in search of Robert Adams, the once powerful Sun Singer, hoping he can help with her quest.

One man tries to kill her alongside a deserted prairie road, another tries to save her with ancient wisdom, and Robert tries to send her away. Even if she persuades him to bring the remnants of his magic to Dryad's shallow grave, the desperate man who follows them desires the rowan staff for ill intent, and the malicious sister who awaits their arrival wants much more than a mere return to life.

Rough Start: Didnt realize it was a part 2

The narrator has a good clear tone, and consistent flow. A little more inflection between characters and pauses would be nice to see in the future, but not bad.
The book it self, the writing felt a bit choppy and was hard for me to get into. Would probably of helped if I had realized it was a sequel. Definitely not a stand alone book. lol